HomeNewsJust In: Helicopter crashes into building in Ikeja, Lagos
News

Just In: Helicopter crashes into building in Ikeja, Lagos 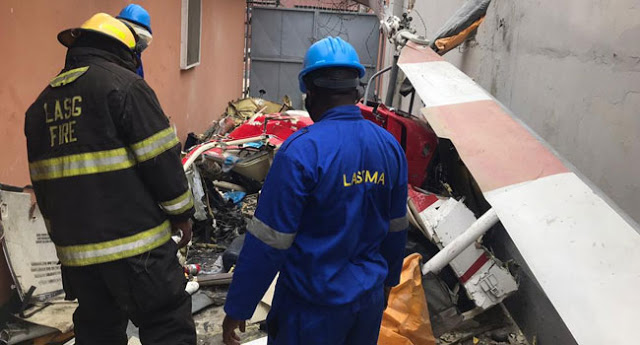 A helicopter has crashlanded into a building at Salvation Opebi Road, Ikeja, Lagos State.

Spokesperson of the Accident Investigation Bureau (AIB), Tunji Oketunmbi, who confirmed the incident to the media did not specify if there were casualties.

According to him, rescue workers have been mobilized to the scene of the incident.

Men of the Lagos State Emergency Management Agency, LASEMA, are already at the site of the crash.

“Operations ongoing. Updates to be forwarded.”