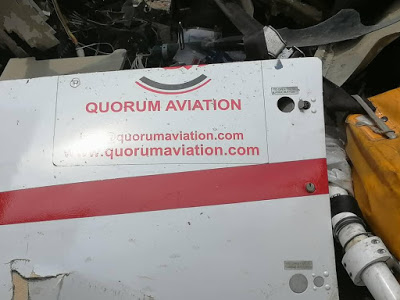 Two people have been confirmed dead and one person severely injured after a helicopter crashlanded in the Opebi area of Lagos State on Friday, according to a state official.

Newsheadline247 gathered that the helicopter, a Bell 206, with registration number 5N BQW which belongs to Quorum Aviation, flew in from Port Harcourt, the capital of Rivers State, with two crew members and a passenger.

Gboyega Akosile, the Chief Press Secretary to Governor Babajide Sanwo-Olu, in a tweet post, informed that the injured victim has been taken to the hospital, while the dead bodies have been deposited at the mortuary of the Lagos State University Teaching Hospital, Ikeja.

“Flash: There’s been a helicopter crash in a private house at Opebi area of Lagos. Two people confirmed dead, 1 person badly wounded and has been taken to the hospital. The dead bodies have been deposited at the mortuary’” Akosile stated.