The Independent National Electoral Commission (INEC) has announced the suspension of all electoral processes in Rivers State.

In a statement by Festus Okoye, the INEC National Commissioner and Chairman, Information and Voter Education Committee, explained that it took the decision following reports of disruption of Saturday’s elections in the state.

“Based on reports from our officials in the field, the Independent National Electoral Commission (INEC) has determined that there has been widespread disruption of elections conducted on the 9th day of March 2019 in Rivers State,” he stated.

He added, “These initial reports suggest that violence occurred in a substantial number of polling units and collation centres. Staff have been taken hostage and materials including results sheets have either been seized or destroyed by unauthorized persons.

While expressing concern over the safety of INEC staff which, according to him, “appears to be in jeopardy all over the state”, the commission said the credibility of the process has been called to question.

“Consequently, at a meeting held today 10th March 2019, the Commission has decided to suspend all electoral processes in the state until further notice. This is in line with Section 26 of the Electoral Act, 2010 (as amended) and Clause 47 (e) of the Regulation and Guidelines of the commission.”

He added that INEC has “established a Fact-finding Committee to assess the situation and report back within 48 hours.”

The electoral umpire appealed to the people of Rivers State, particularly the voters to be patient as the commission investigates the circumstances behind the disruptions and the next action that needs to be taken. 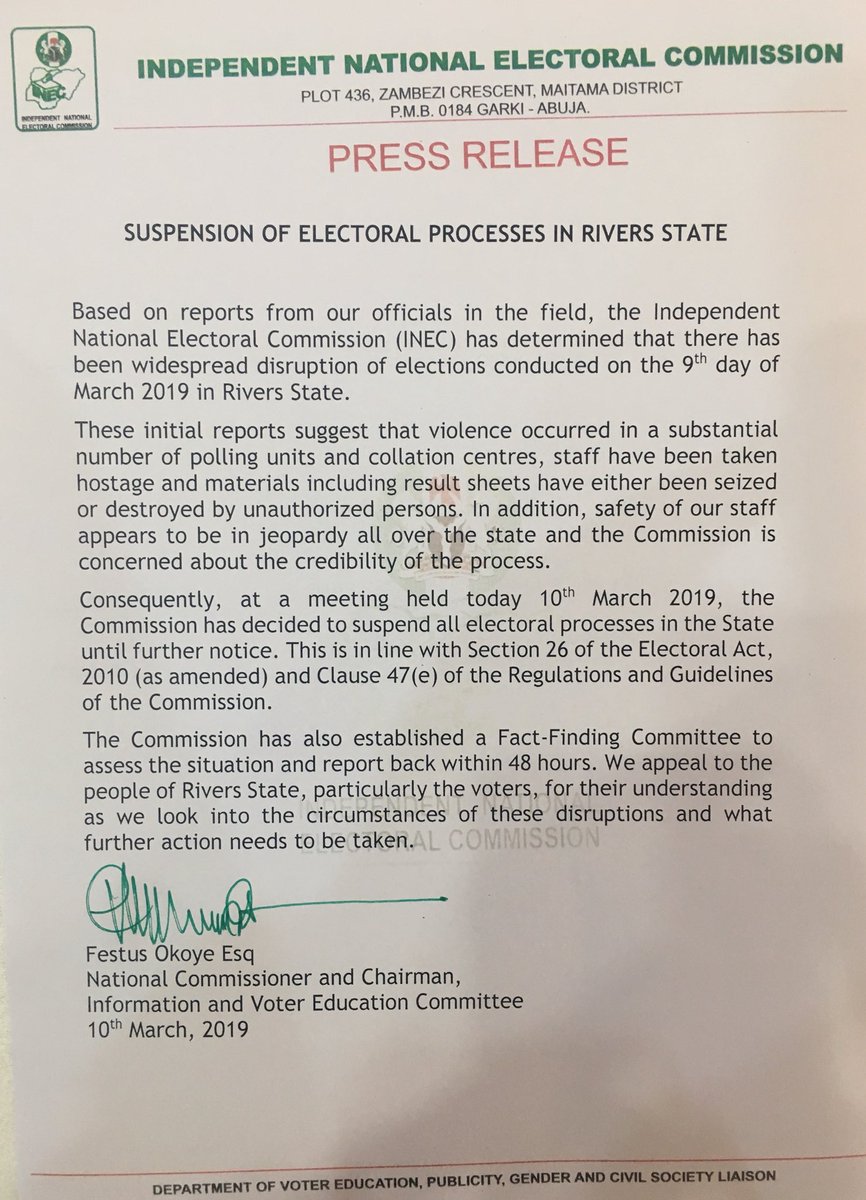