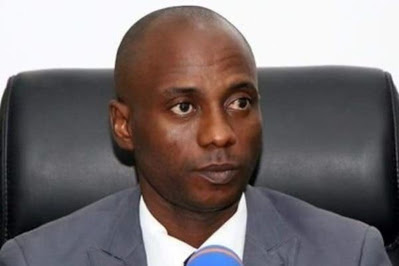 The Kogi state government has said that the first case of coronavirus announced in the state only had complications from a bee sting.

The commissioner for information and communication in the state, Kingsley Fanwo, said in a statement on Monday that the index case never saw a result confirming his diagnosis of the disease.

The Nigeria Centre for Disease Control (NCDC), had on May 27, announced two index cases for Kogi, and Abubakar Ahmad, the Chief Imam of Kabba, was one of the two index cases of COVID-19 in the state.

The state government, however, rejected the results after raising questions as to how the cases were handled including the decision to manage the patients at the National Hospital in Abuja.

Fanwo informed that the state debriefed the imam who has been discharged, and “we are shocked to discover that his experiences in the hands of the NCDC are far from everything that Nigerians have been told constitute best practices in a Covid-19 situation, especially its pathogenesis and management”.

Read My father will contest for president in 2023, says Atiku’s son

He said, “The Chief Imam, an upright and outstanding man who is only interested in the truth confirmed what we have known all along – that he did not test positive for Covid-19 and received no result of such a diagnosis neither did his doctors at the National Hospital, Abuja where he was confined advise him of it.”

“The cleric maintains that he suffered from nothing beyond complications from an attack by bees, medical conditions which pre-date the Covid-19 pandemic and stress from travels associated with his work. Till he was released yesterday, he was held in conditions which allowed him to interact with visitors.

“The son’s case is even more strange as he has a negative test result to confirm that he is Covid-19 free. Ditto all his siblings who were tested in the days following as the NCDC serially sought an off-taker for the second Covid-19 case which they had earlier foisted on Kogi State.

“Throughout his father’s time in the custody of the NCDC, and in keeping with his Covid-19 negative status, the son remained at liberty and was his father’s primary helper.

“He was never hospitalised and was allowed to go home each day and return the next. He was allowed to mingle freely with family, visitors, hospital staff and others. Yet, till this day, he remains the second case of Covid-19 allocated to Kogi state on the NCDC’s scoreboard.”

The commissioner also accused the NCDC of plotting “another exercise in secrecy and unverifiable processes” through the third case announced in the state.

“Nearly one week after she (the third patient) was sneaked onto the NCDC’s list, the Kogi state government is yet to be armed with the actionable information she needs to take preemptive actions in line with the Covid-19 guidelines,” he said.

“We suspect that the NCDC’s lackadaisical attitude may not be unconnected with the knowledge that no infection has been found. Just like in the case of the Chief Imam and his family, let it be known that we are looking out for our citizen and will demand full reckoning should any harm come to her.”