HomeNewsKwara 2019: Oba of Ilorin will emerge under Abdulrazaq as Gov. -...
FeaturedNews

Kwara 2019: Oba of Ilorin will emerge under Abdulrazaq as Gov. – Cleric 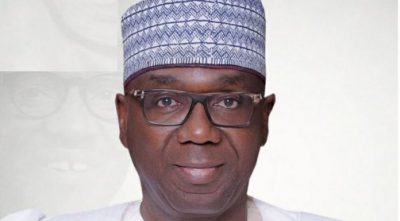 An Islamic cleric based in Ilorin, Kwara State, Sheikh Abdulrahim Aduranigba, has said that, the emergence of the All Progressives Congress (APC) governorship candidate, Alhaji Abdulrahman Abdulrasaq, as the next governor of the state will pave way for the enthronement of a new royal father in the ancient town of Ilorin to be known as Oba of Ilorin.

Aduranigba in an interview with a Yoruba language newspaper, ‘Yoruba Ronu’, obtained by journalists in Ilorin and published on pages two and three under the headline: ‘Ni Ipinle Kwara,Yoruba Setan Lati Fi Ibo Gba Agbara Lowo Saraki Ati Fulani’, claimed that the 2019 general election will be a grand design by the Yoruba to wrest power from the Saraki political dynasty and the Fulani clan in Ilorin.

Aduranigba, who claimed to be Chief Imam of Yoruba in Ilorin, added that “after winning the next governorship election, we shall have an Oba of Ilorin once our own son, Abdulrahman becomes the state governor of the state.

“We will then ask for our rights. When the new governor is inaugurated, he will help us upgrade the Yoruba chiefs in Ilorin Emirate and Kwara. Balogun Alanamu, Olu Isin, Onikangu, Magaji Are, Baba Isale, Alapado, Olu Oke- Oyi, Ohoro of Shao, Oba Saadu and Oba of Jebba must be upgraded.”

He claimed that “the Yoruba ethnic group constitutes the largest population in Kwara State, and that his people have adopted the All Progressives Congress (APC) gubernatorial candidate in the state, Abdulrasaq, as their choice for the next Saturday governorship poll.”

The cleric noted that the 2019 general election present the Yoruba in Ilorin and Kwara State the best opportunity to free themselves from the grip of the Fulani who have been ruling them under the Emirate system that is alien to the local culture.

He said: “We have adopted Abdulrasaq as our governorship candidate because he is a Yoruba, and we have instructed him to conduct his campaigns in Yoruba language.

“The PDP candidate is Fulani and we challenge him to conduct his campaigns in Fulani language. Twelve out of the 16 local government areas in the state belong to us (Yoruba). Therefore, we are sure of victory in the coming governorship election in the state.”