Ahead of the much anticipated interactive session between Kwara state gubernatorial candidates and the youths, tagged: “Candidates Forum” slated for December 13, 2018, has received a major boost as media organisations across the State promised to give the event adequate publicity and unbiased coverage.

This assurance was given separately by the media executives when paid advocacy visits by the organising committee of the event on Monday November 5, 2018.

Speaking with the team led by Mr Lawal Olohungbebe, the General Manager of the Kwara State Broadcasting Corporation (Radio Kwara), Alhaji AbduLateef Adedeji described the programme as a welcome development which should be supported by all and sundry. 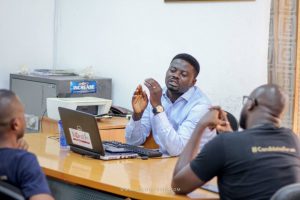 Adedeji said the forum is an avenue through which candidates can sell their manifestoes to the youths whom he said are significant number of voting population in the State.

Also, the Chief Executive Officer of Albarka FM, Mr. AbdulRasheed Adigun said the organisation which is committed to grassroots development is delighted to be a media partner. 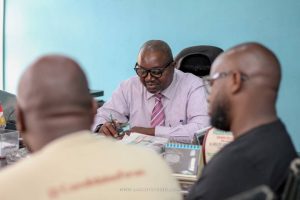 He added that the forum will allow voters to have quality interaction with the candidates.

In the same vein, the General Manager of Sobi FM, Mr. Segun Adeniyi while pledging the station’s support for the event advised the team not to relent in its efforts in promoting good governance in the State. He assured his organisation’s commitment towards unbiased reportage of political activities.

Mr. Badewa of African Broadband Limited (Royal FM) said though the station is a privately-owned organisation, it is committed to any course that will deepen democratic process in the State.

In his address, the leader of the team, Mr. Olohungbebe, a renowned community development expert disclosed to the media executives during the advocacy visits that the forum is a way of holding elected officers responsible and accountable. He said further that a communique will be issued at the end of the event.

Mr. Olohungbebe, who is also the convener of the forum, thanked the media executives for the nice gesture, saying that, the support received from them is a testament that youths are important in setting developmental in the State.