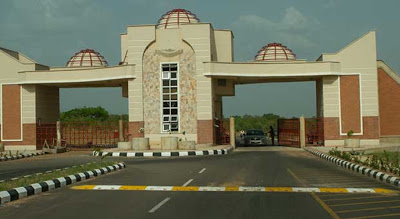 The Kwara State House of Assembly has changed the name of the state-owned university from Abubakar Olusola Saraki University to Kwara State University.

This was announced on Tuesday after the state assembly amended the Kwara State University Law.

The Kwara State University (Amendment) Bill 2020 was one of the four amendment bills passed by the Assembly on Tuesday which it said would drive best practices in the education sector and local government administration in the state.

The late Abubakar Sola Saraki, a Nigerian politician and a senator in the second republic was political generalissimo in Kwara State and Nigeria during his lifetime. His popular Ile Arugbo (a welfare home for the old people) was demolished last year by the AbdulRahman AbdulRazak led Kwara State Government after it was alleged the land belongs to the state.

However, Bukola Saraki, son of the late political icon, is yet to react to the removal of his father’s name from the state university.