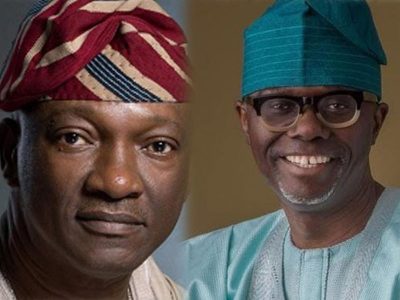 Babajide Sanwo-Olu, the governor-elect of Lagos State has said that the governorship candidate of the Peoples Democratic Party (PDP), Jimi Agbaje has called and congratulated him on winning the election.

He said this yesterday at the state secretariat of the All Progressives Congress (APC) where he gave his victory speech immediately after he was announced the winner.

“At exactly 19.07, I received a congratulatory call from Mr Jimi Agbaje which was filled with kind words. It was an intense campaign and I am happy that we can now focus on the very important job at hand, which is delivering the Lagos that works.

“I am grateful to the national and state leadership of my party for their support and I deeply appreciate our members and the voters who put their confidence in me. This victory is for all of you.

“There were things that were said that should not have been said but I bear no grudges against anyone. Those who tried to use ethnicity to divide us did not succeed. The election is over and I implore them to stop. This is the time to build a better Lagos.”