The leadership of the Lagos chapter of the National Union of Road Transport Workers (NURTW) has declared its full support for the All Progressives Congress (APC) governorship candidate, Babajide Sanwo-Olu. 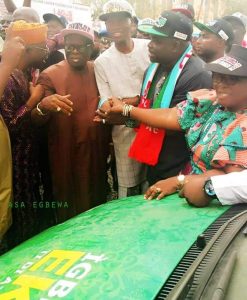 He made the declaration when he led the union in a courtesy visit to Babajide Sanwo-Olu’s campaign office.

In his address, Agbede, a respected philanthropist in the state noted that Sanwo-Olu is the most qualified candidate to pick up the task of taking Lagos State to the next level. 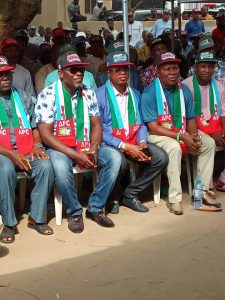 Speaking at the Sanwo-Olu’s campaign office, Agbede urged the people of Lagos state and members of the transport union including TOOAN and commercial motorcycle riders popularly known as ‘okada’ ‘to rally support and conscientiously vote for the APC governorship candidate in the 2019 election.

“From all available governorship candidates in Lagos, Babajide Sanwo-Olu is the best that can continue with the good job of past governors and the present one. He is also the perfect choice that can take Lagos to the next level,” Alhaji Agbede said.

He said, “I hereby plead with the good people of Lagos State, all members of NURTW, TOOAN and ‘okada’ riders to rally support and vote conscientiously for Sanwo-Olu in the 2019 governorship election in our state.”

In his response, the Director General of Babajide Sanwo-Olu Campaign Organisation, Mr Tayo Ayinde, expressed ‘deep appreciation’ for the unprecedented visit, support, and the donation of a bus for the APC’s campaign.

Ayinde thanked the leaders and the entire members of the transport union in the state for their unalloyed support and also the donation of a branded bus among other valuable campaign materials.

He also commended the State Chairman for transforming the union to a very enviable position.

Ayinde described the present Lagos state chapter of the NURTW as a rebirth transport union that is well-structured and devoid of violence which it’s known for since Alhaji Agbede took over the mantle of leadership. 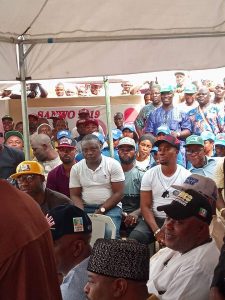 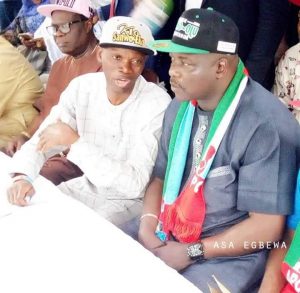 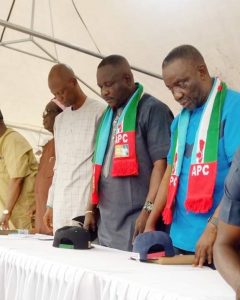