HomeNewsLagos ordered Truck drivers to ‘stay away’ from the state
News

Lagos ordered Truck drivers to ‘stay away’ from the state 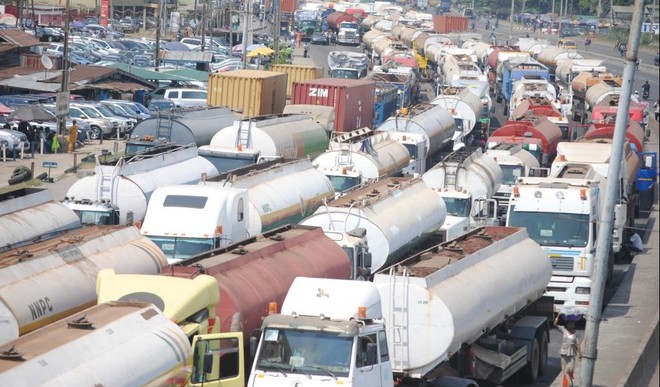 The Lagos state government has directed owners and operators of articulated vehicles/trailers and petroleum tankers to stay away from the state “for now”.

Olanrewaju Elegushi, acting commissioner for transportation, said the move is to curtail the gridlock that has taken over Apapa and its environs.

Elegushi said the incessant traffic bottleneck in the area has impacted negatively on the commercial activities of the citizens.

He said investigations revealed the traffic lockdown was a direct result of the challenges being faced by operators of the ports in loading the trucks that have come from the hinterland to evacuate imported items.

He also said the gridlock was worsened by the current rehabilitation of some major and minor roads necessitating the closure of some routes in Apapa.

According to The Cable,Steve Ayorinde, commissioner for information and strategy, who was also at the briefing said: “We keep having this issue of gridlock in Apapa because issues that the ports authorities and the concessionaires are dealing with are recurrent and the spillover effect of those issues are causing all these.

“If the ports can’t determine how many trucks they are able to deal with on a daily basis; how they are informed about coming in and going out, then it will be a problem to deal with.

“The idea is not to say don’t come into Lagos. It is part of what makes the economy of Lagos what it is but we are saying let us deal with the logjam that we have presently and there is no way we can deal with it, we can only deal with the effect because the causes essentially have to do with the operations at the Ports and that is why we are appealing to them.”

The government, however, urged the operators to utilise the Ogere trailer park and other parks outside the state in the interim to avoid further hardship for motorists on the road.  The Cable