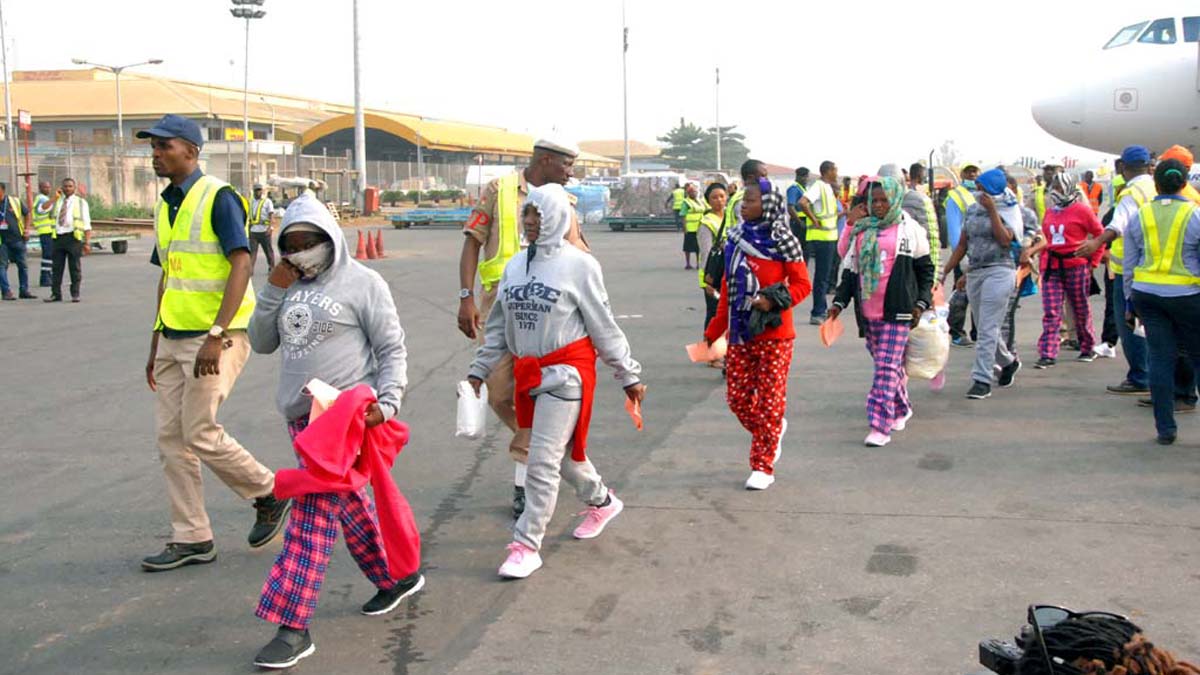 Nigerians stranded in Libya and other parts of the world would be brought home and rehabilitated, President Muhammadu Buhari has stated.

He spoke against the backdrop of recent reports that hundreds of African ‎refugees and migrants in Libya were being sold into slavery.

The reports indicated merchants were preying on vulnerable individuals attempting to reach Europe via the Mediterranean Sea, a route described as the world’s deadliest.

In an interactive session with members of the Nigerian community in Abidjan, Côte d’Ivoire, on the margins of the 5th AU-EU Summit, Buhari said steps would be taken to stem the tide of illegal migration by Nigerians. he committed to reducing the number of citizens heading for Europe illegally through the Sahara Desert and the Mediterranean Sea by improving education, healthcare, food security and other necessities in the homeland.

His spokesman, Garba Shehu, yesterday quoted the President as noting the difficulty in identifying the origin of the people who died attempting the perilous journey, given lack of documentation.

“It was announced that 26 Nigerians died recently in the Mediterranean and hurriedly buried without autopsy to establish the cause of death before they proved that they were all Nigerians, they buried them. But the evidence I have from the Senior Special Assistant on Diaspora and Foreign Affairs (Mrs. Abike Dabiri-Erewa) is that only three of them were identified as Nigerians. But I’ll not be surprised if the majority of them were Nigerians.

Reacting to recent footage on the sale of Africans in Libya, Buhari said it was appalling that “some Nigerians (in the footage) were being sold like goats for few dollars in Libya. After 43 years of Gaddafi, why are they recruiting so many people from the Sahel including Nigerians? All they learned was how to shoot and kill. They didn’t learn to be electricians, plumbers or any other trade.”

Buhari told Nigerians in the Diaspora that there was “good news” from home. “We are not doing too badly in trying to secure the country, improve the economy and deal with corruption. We are doing our best at all levels including security. It is absolute madness for people to blow others up in markets, churches and mosques. No religion advocates violence. Justice is the basic thing all religions demand and you can’t go wrong if you do it,” he said.

The president added that with his vision of repositioning Nigeria as a food basket, the country is on the threshold of attaining food security.

He advised Nigerians in Cote d’Ivoire to be good ambassadors, warning that those who tarnish the image of their country would be repatriated.

Also, the Senate yesterday tasked the Ministry of Foreign Affairs with finding ways to end the shocking sale of Africans.

It also urged Buhari to use the summit as an opportunity to table the matter before the Libyan delegation.

President of the Senate, Bukola Saraki, said: “As a country, it is a slap in the face if Nigerians can be treated in this manner. Other countries are taking necessary actions to bring back their citizens from that troubled country. We need to be doing similar things. The Ministry of Foreign Affairs must immediately summon the Libyan ambassador here in Nigeria to explain what is happening, so that we can bring an end to this situation.”

The deputy president of the Senate, Ike Ekweremadu, advised governments in Africa to curb the economic hardship fueling migration.

Also speaking on the motion, Bassey Albert Akpan (PDP, Akwa Ibom North East) said: “The time has come as a country to look into this issue. The Nigerian ambassador to Libya must be invited to explain why this slavery auction has been going on unabated.”

In a related development, the Socio-Economic Rights and Accountability Project (SERAP) called for a joint European Union-African Union (EU-AU) inquiry into the slave auction in Libya.