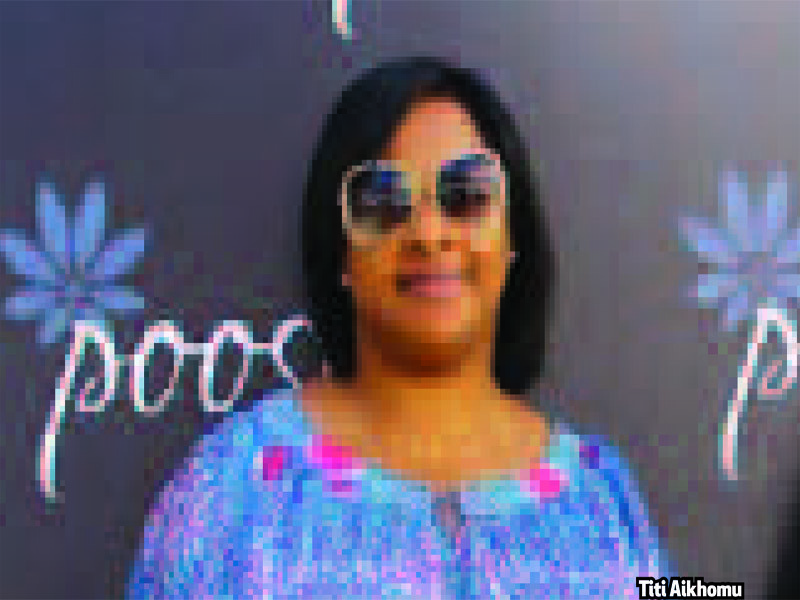 · How she remarried few weeks ago in a high octane wedding

Ehime Aikhomu must be turning in his grave right now. Titi, the woman with whom he shared a common pulse has gotten married to someone else thus extinguishing the flame of whatever was left of their love. Perhaps Ehime is neither sad nor livid with Titi; the son of late Admiral Augustus Aikhomu, who died with 152 others in the ill-fated Dana aircraft crash, is probably happy that Titi has found someone else and moved on with her life.

Whatever the case with the dead and apparently forgotten dude whose wife has moved on, his friends and family would never forget how his widow, Titi, looked distraught in the wake of his death.
So devastated was Titi that hardly anyone imagined that she would get over her beloved husband, Ehime, so soon and thereafter remarry in a high octane wedding. The marriage ceremony which was well attended by Titi’s friends and family generated a buzz in high society as everyone marvelled at her rapid evolution from a distressed widow to a beautiful bride.

It would be recalled that when Ehime plunged into eternal sleep, Titi’s sad, heartrending tears and lamentation evoked pity from friends and family who spared no niceties in eulogizing her late husband.
Titi’s eyes were bloodshot as she succumbed to grief and the immense weight of her loss. Those who could among her loved ones fought back tears and those who couldn’t joined the widow in wailing.

Everybody attested to Ehime’s sweet nature and the enviable love he shared with Titi. Not a few people acknowledged that throughout his life, Ehime retained his essential humility and a sense of perspective and proportion. He was as gracious as he was polite and he never shied from becoming the life of the party in every social gathering, be it a club, family reunion or any other social function.

The couple’s friends and family understood the depth of their love for each other hence they tried to make sense of the magnitude of pain and loss Titi was forced to bear at the sudden departure of her husband.
Watching his wife, Titi, bemoan her fate, you could feel and touch her grief. Fast forward to 2017, a few weeks ago to be precise, and you have a colourful picture of Titi laughing heartily and swaying to the melody of her newfound love, in the arms of another man with whom she currently shares a pulse.

Such is life, according to a popular saw. Whatever anyone thinks, sources close to Titi and her late husband, argue that Ehime would be joyful in his grave right now. According to them, he loved Titi so much that he would want her to rediscover love and breathe with one pulse, with another man