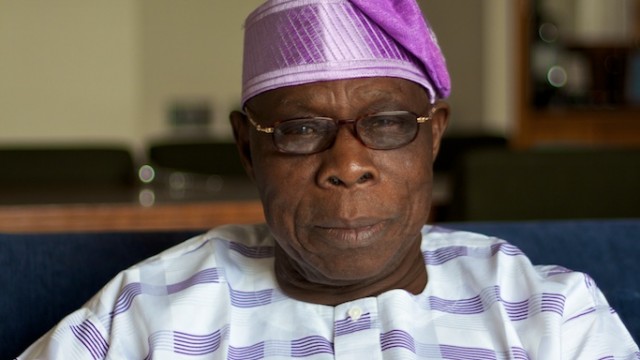 UN Secretary-General, António Guterres, has announced that he is sending former Nigerian President Olusegun Obasanjo to Liberia to support the transfer of power peacefully to a democratically-elected president.

Another Nigerian former leader, Goodluck Jonathan is at present in the country, at the head of a monitoring group.

Guterres, who announced Obasanjo’s appointment as an envoy on Wednesday in New York through his spokesperson, Stephane Dujarric, also welcomed the peaceful conduct of the second round of the presidential election in Liberia.

Liberians on Tuesday, voted in a second round of elections, deciding between Vice-President Joseph Boakai and George Weah, a politician and former soccer star.

This would be Liberia’s first peaceful transfer of power from one democratically-elected leader to another in more than 70 years.

“The Secretary-General hopes that the will of the Liberian electorate will be respected and that a seamless transfer of power will take place within constitutional timelines,” the statement said.

Guterres had requested Mr Obasanjo, who is a member of the Secretary-General’s High-Level Advisory Board on Mediation, to travel to the capital, Monrovia, from Thursday, Dec. 28 to Saturday, Dec. 30 Dec.

The first round of elections in the west African country was held in October.

A runoff was originally scheduled for November, but was delayed due to allegations of voter irregularities by a third candidate.

Obasanjo is one of 18 global leaders, senior officials and experts on the high-level board created earlier this year to advise the Secretary-General on mediation and back those efforts around the world.

The former President of Nigeria was involved in mediation efforts in Angola, Burundi, Mozambique, Namibia and South Africa, among others.

The high-level board is part of the Secretary-General’s pledge for the UN to embark on a “surge in diplomacy for peace.”

The idea, according to Tarja Halonen, former President of Finland and also a high-level board member, is to prevent wars by “hybrid peace-building.”

Speaking at the UN General Assembly in September, outgoing Liberian President Ellen Johnson Sirleaf, said that the polls would signal an “irreversible course” towards democracy in the country.

Sirleaf, the first woman elected as head of an African country, took office in 2006, ending a civil war that erupted under the leadership of her predecessor, Charles Taylor.