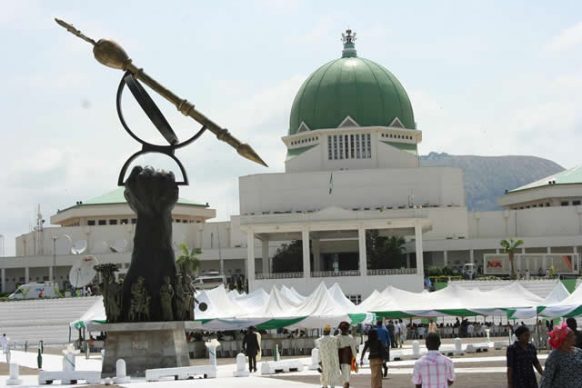 The Nigerian senate has summoned the country’s Inspector-General of Police, Ibrhaim Idris; and Lawan Daura, the director-general of the Department of State Services (DSS) over the theft of the senate mace Wednesday morning.

The mace was stolen by some thugs allegedly led by suspended senator Ovie Omo-Agege who invaded the red chambers. Reports stated the stolen mace has since been recovered and returned to the national assembly.

Speaking at plenary on Thursday, Ike Ekweremadu, deputy senate president, who is presiding over the session, said the invaders “must not go unpunished.”

He said the upper legislative chamber is summoning the IGP and the DSS DG to appear before it next week so as to brief it on the outcome of investigation regarding the incident.

He described the incident as “a very sad testimony, a derogation and total smear on our democracy and nation.”

“Ugly and provocative as the event of yesterday was, it showed the entire nation and the world stood together in total condemnation of the desecration of the national assembly by those who hold themselves above the law,” he said.

“Despite the return, we believe there should be consequence for bad behaviour.

“Therefore, we hold that it will be a detour to the state of nature where life was lawless and brutish if what happened yesterday is allowed to go unpunished and swept under the carpet. It will never happen. We will get to the root of this matter.

“We therefore call on the inspector-general of police and the director-general of SSS to ensure that all those who plotted, aided, abated and executed this dastardly affront on our democracy and belittle Nigerians before the international community must be brought to book to serve as a deterrent to others.

“We will be inviting them next week to brief the senate on the state of investigations.”