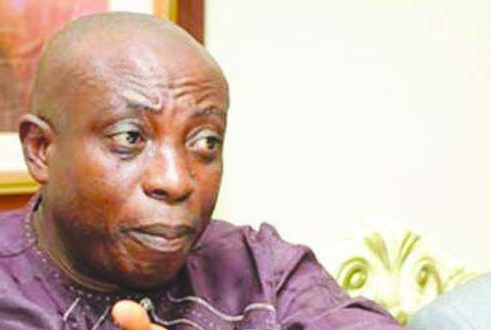 Founder of the Movement for the Actualisation of Sovereign State of Biafra, MASSOB, Chief Ralph Uwazuruike, has been handed a month imprisonment by a judge of an Owerri high court, Imo State.

Uwazuruike was sentenced to prison for disobeying the order of the court to appear in a case in which he is plaintiff.

Presiding Justice Kemakolam Ojiako made the order in the civil case, HOW/265/2013, between Uwazuruike (plaintiff) and Barr. Chigozie Iheama, and others over a land dispute.

Ruling on the motion on notice filed on July 6, 2017, by C.K. Okorie, counsel to the defendant, praying the court to commit the plaintiff/contemnor to prison for disobeying the order of the court, Ojiako ruled that, “The plaintiff, Chief Raphael Uwazuruike, is hereby found guilty of contempt/disobedience to the said order of court made on April 2, 2017.

“That the plaintiff, Chief Raphael Uwazuruike, is hereby committed/sentenced to prison custody and shall be so detained for a period of one month from the date of his commitment to prison.”

Ojiako also restrained Uwazuruike, his agents, privies or servants from entering into the said land pending the determination of the action.

The ruling of the court has been appealed at the Court of Appeal but Justice Ojiako insists he will continue with the matter, rather than stay proceedings in the matter, as is the normal practice,” he said.