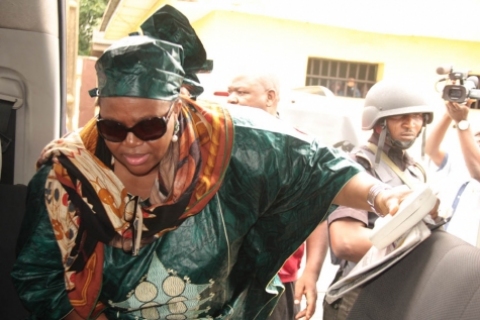 A Court of Appeal, Lagos division yesterday reversed a 10-year jail term slammed on the Managing Director of Ontario Oil and Gas, Mrs Ada Ugo-Ngali, by an Ikeja High Court in Lagos.

The appellate court on Friday reversed the conviction of the appellant. The judgement delivered by Justice M.L Garba consequently discharged and acquitted her of all the allegations leading to her 10-year jail term conviction.

In January 2017, Justice Lateefa Okunnu of the Lagos High Court had convicted and sentenced Ugo-Ngali to 10 years jail term for fuel subsidy fraud of amounting to N754 million, alongside the company’s chairman, Walter Wagbatsoma.

Walter Wagbatsoma is currently in jail in the United Kingdom over fraud related and financial crimes.

Justice Okunnu had also ordered the refund of the N754 million to the Federal Government.

The Economic and Financial Crimes Commission (EFCC) charged and arraigned both company’s managing director and chairman on an eight-count charge before Justice Okunnu.

The anti-graft agency on August 1, 2013 arraigned UK convict, Wagbatsoma, Ngo-Ngali and their company, with accusations of defrauding the Federal Government of N1.9billion, which they fraudulently obtained as subsidy sum for purportedly importing petrol into the country.