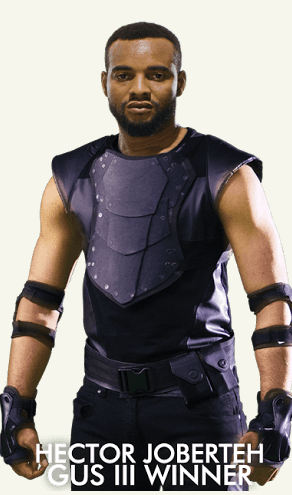 Ismail Adeyemi, the suspected killer of the Gulder Ultimate Search 2006 winner, Hector Jobateh, has said that he was paid N7,000 after killing the reality show winner.

According to Premium Times, the suspect said, “I gave the deceased phone to my younger brother who sold the phone for N7,000 at the Ikeja Computer Village. I gave my brother N2,000 while I pocketed N5,000.”

In his confessional statement, Mr Adeyemi, 49, said his gang was actually contracted to rob the deceased and not to kill him.

According to him, the job of robbing Hector was actually given to one of his members whom he identified as KK. He said the informant told KK that an important person was coming into the country from America with a huge sum of money.

He said, “I met Nonso and KK while working as a labourer in Apapa. All I was told was that a lady was the one who brought the job. On that day, we waited at a filling station very close to the airport. We followed our target the moment we sighted their vehicle.

“When we got to his house, I went upstairs while KK and another member of our gang stayed downstairs.

Hector’s father, on seeing us thought we were policemen because of the way we were dressed. He demanded what we were looking for. I was still upstairs when I heard a gunshot. I rushed downstairs only to notice that Hector’s father had been shot. He had a bullet wound on his shoulder. Hector and his brother rushed towards their father and my members feared they would be disarmed.

The suspect also claimed that KK was the one that fired the shot that killed Hector.

He added, “I grabbed hold of a briefcase and a bag. When we opened the bag, we found only a pair of shoes, boxers and flower. I took his phone.”

Mr. Hector was shot dead at his Oko-Oba residence, new Oko-Oba in Agege area of the state on September 4 shortly after he picked a sibling from the Murtala Muhammed International Airport, Ikeja.

According to a statement signed by police spokesperson in the state, Olarinde Famous-Cole, the suspect who was arrested at Gas line, Ominiyi in Ijoko area of Ogun State confessed to the crime and other numerous crimes while other members of his gang have been arrested.