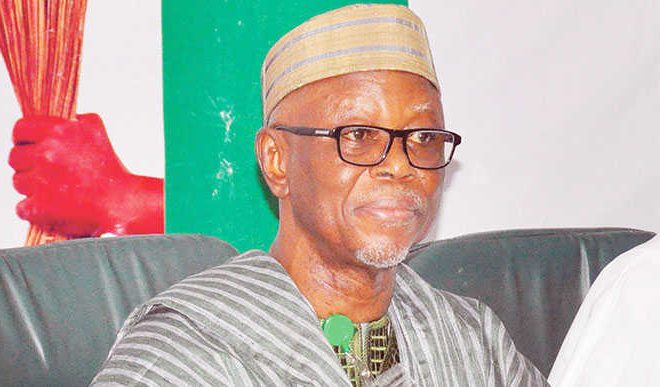 The All Progressives Congress, APC, has congratulated the new chairman, Uche Secondus, and other newly-elected officials of the main opposition, Peoples Democratic Party, going by the Premium Times reports.

The national chairman of APC, John Odigie-Oyegun, said the ruling party “wholeheartedly welcome” opposition and hoped Mr. Secondus would use his “experience garnered over the years to ensure that the PDP assumes its role as a responsible opposition Party in the country”.

“Our Party wholeheartedly welcome opposition because we believe that democracy cannot thrive without a vibrant but responsible opposition that puts the nation first,” Mr. Oyegun-Odigie said in a statement Tuesday. “This will often challenge you to balance partisan interests with overall national considerations.”

The cordial remarks came two days after both parties clashed over the PDP’s elections, characterised by allegations of rigging and manipulation.

Shortly after the polls, the APC said in a statement on Sunday that the exercise exposed the opposition party as a platform with corruption in its DNA.

“The abnormalities that trailed the PDP National Convention have further exposed the PDP as a Party not ready and willing to change,” the ruling party said through its spokesperson, Bolaji Abdullahi. “Indeed, the PDP has once again displayed itself to the generality of Nigerians that it is a Party with corruption deeply rooted in its DNA.”

The PDP responded in like manner, labeling the ruling party as an organisation of fraudulent characters that had repeatedly deceived and lied to Nigerians.

“Nigerians have come to discover that APC is a fraud, an organization of deceitful characters who have failed to keep a single of its countless promises made to the citizens,” the National Publicity Secretary of the PDP, Kola Ologbondiyan, said in a statement.

But in a statement he personally signed, Mr. Oyegun-Odigie expressed his willingness to engage Mr. Secondus “robustly in an atmosphere devoid of acrimony and rancour”.

“I believe that working together we can both elevate the language and temper of politics in our country, thereby providing the enabling environment for democracy to thrive in our country,” he said.