“Nigeria has been having accidental leaders since 1999”- Na’Abba 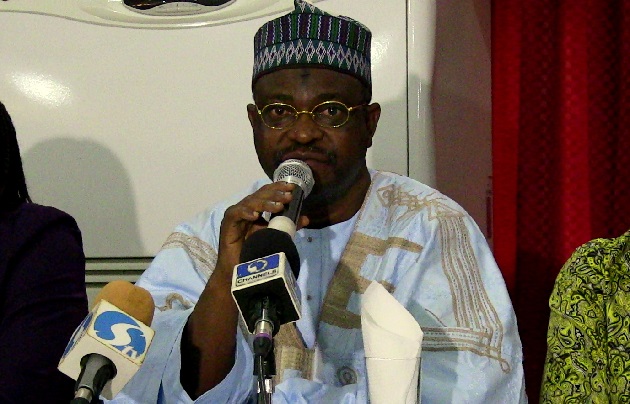 A former Speaker of the House of Representatives, Rt. Hon. Ghali Umar Na’Abba has said that Nigeria has been having accidental leaders since the commencement of the Fourth Republic in 1999.

Na’Abba who served as Speaker of lower legislative chamber from 1999 to 2003, called on more Nigerians to participate in politics with a view to opening up the political space.

He stated this in Abuja at the 2016/2017 Matriculation and Fellowship Endowment Ceremony of the National Institute for Legislative Studies (NILS)/University of Benin Postgraduate Programme.

He expressed regret that leadership recruitment process in the country has been hijacked by a few politicians.

The former Speaker advocated for what he called  regular ‘tutorials’ for political leaders at all levels.

“I believe that not just the Legislature, every arm of government that is serving the purpose of governance must invest in exposing democracy to the people.

“It is a sad commentary on our political life that today recruitment into leadership has been subverted by a few politicians because they deny Nigerians opportunity to contest elections and achieve their aspirations through the systematic appropriation of political parties to themselves.

“That is why we are still in political, economic and social doldrums. We have been having successive accidental leaders since 1999.

“It is time for us to begin to understand that the more participation Nigerians enjoy in politics, the more political development we attain. And consequently economic and social development.

“We have been advocating that tutorials must be taking place on a continuous basis for stakeholders in democracy from the local governments to the states,” he said.

He stressed that every stakeholder particularly party executives must distinguish the duties, functions and distinction between and among our political institutions.

He added that when leaders of political parties are unaware of the differences, it is almost impossible for them to understand the kind of people that should serve at various levels.

On his part, the Speaker, House of Representatives, Rt. Hon. Yakubu Dogara, said the National Assembly had made appreciable efforts in fulfilling its democratic obligations to Nigerians by paying particular attention to capacity building.

Dogara explained that parliamentary capacity development was important to ensure balance of power among the branches of a democratic system.

He commended NILS/UNIBEN for the programmes designed to build capacity of legislative staff.

He said that the knowledge imparted to participants would build a pool of competent staff and members to enhance international best practices in the discharge of their duties.

On her part, the Director General NILS, Prof. Ladi Hamalai, congratulated the students and urged them to take their studies seriously.