HomeOpinionNIGERIA AT 60: ARRESTING THE INEXORABLE DECLINE OF THE UNION
Opinion

NIGERIA AT 60: ARRESTING THE INEXORABLE DECLINE OF THE UNION 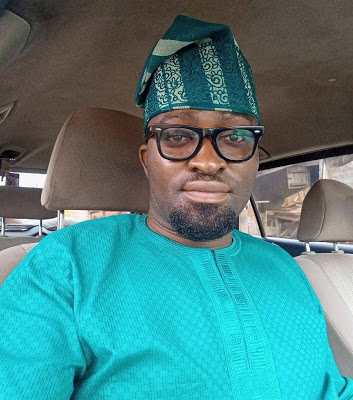 After sixty years of independence from the superintendence of British imperialists, the Nigerian nation – just like a somnolent spider – lays recumbent on the web of time and continues to luxuriate in its own arena of stymied socioeconomic development.

Not even the frenzy by other nations of the world to attain 21st century growth and goals – has the capacity to jolt the sleeping African giant from its lethargy and self-inflicted inertia.

The rhetoric by pundits and observers at every October 1st has appeared similar. The moaning and complaints have remained same and it seems like a vicious cycle with worn out narrative of missed opportunities and arrested development of a nation brimming with huge potential but gaining no traction. The story remains one of dysfunctional socio-political structure, profoundly entrenched corruption and redundant economy.

The inexorable decline of the union is now well advertised and the ship of state is being navigated precariously towards the precipice. Nigeria is today suffused with separatist and secessionist feelings because of the steady erosion of the moral ground for the forced but fake unity.

The cacophony of voices, huffing and puffing on the need for an urgent reconsideration of our unity had other significant contributors a fortnight ago – being the wily old fox himself – Former President Olusegun Obasanjo, Noble Laureate, Professor Wole Soyinka and General Alani Akinrinade (Rtd).

Significantly, Obasanjo’s antecedents, malevolence and antics are so assorted that you may disagree with him on many issues but the moment he comes out brutally frank on burning national issues, you cannot but notice the perfume of patriotism and blatant truth in such messages and the undisguised assertions that often drives at the heart of the leadership and development conversation in Nigeria.

As leaders of national and subnational governments, one of the hallmarks of responsibility is to accept that societal opinion will always be diverse and what you do is to soak it all in while working hard to turn the tide – especially when there are substantial evidence to support the apprehension in the polity and concomitant criticism of the system.

Managers of the present administration, especially the image minders, must learn to match the break on that often displayed tendency to combat critics of government action. No matter anyone’s love for Buhari or partisanship of the ruling party, there is no disproving the fact that our inherent security challenge has assumed monumental proportions – too horrible for comfort.

The unmitigated bloodletting and festering ‘Internally Displaced Persons’ (IDPs) situation of Nigerians within their own country, is indicative of a smoldering security architecture made worse by the masked capitulation and near-incapacity of the current military oligarchy to contain the escalating human pogrom.

In the northeast alone, armed groups have killed more than 36,000 people in the past 10 years, forcing an estimated 2.4 million people to flee from their homes into IDP camps and neighbouring countries.

In similar vein, the insensitive economic regeneration action plans implemented simultaneously such as oil subsidy removal, electricity tariff increase, deflation of savings interest rates, ballooning inflation rate and increase of Value Added Tax; among other measures being taken on the economic front, have trickle down effects that have put the citizens on the edge in recent times – with spiraling price of commodities and depletion of disposable income; thereby erasing a middle class that confirms us as a nation with few rich persons and many poor people.

In terms of our corporate existence, the schisms and fault lines are widening daily – to the extent that calls for the reassessment of our union and sovereignty have again blared loud in torrents. The matters at hand is not about constitutional amendment or conveyance of yet another national dialogue – but rather, need for strong leadership decisions to rein in the bloating insecurity challenge combined with lavish socioeconomic palliatives to the masses.

At sixty years of self-governance, the pan-Nigerian agenda is superior to ethno-political and partisan considerations. The bourgeoisies that are comfortable must understand that there exist majority of the people on the lower rung of the inequity scale; and should there not be a deliberate and urgent effort to arrest the tide, their noise will be too loud to guarantee sound sleep for all.

Understandably, government decisions are tough, especially the need to strike a delicate balance between populism and pragmatism as it affects policies and decisions. In the wake of the covid-19 pandemic and its devastating disruption of global economy, governments around the world are not only resetting national priorities, they have initiated humongous economic stimulus packages and constantly introducing new palliatives to provide succour to citizens. Nigeria cannot be an exemption whereby the measures being put in place at this time are strangulating rather than comforting.

Nigeria is today a poor and borrowing entity due to enormously dwindled capital receipts from our mainstay – Crude and other non-oil exports. National Gross Domestic Product (GDP) declined by 6.10% (year-on-year) in real terms in Q2 2020, according to the second quarter (Q2) GDP report released by the National Bureau of Statistics. The non-oil sector likewise declined by 6.05% in real terms during the referenced quarter (Q2) of 2020. It was the first decline in real non-oil GDP growth rate since Q3 2017.  A decline in GDP means major economic activities are slow or sluggish, with wider implication being that we may yet enter into a technical recession – that is a GDP contraction between 3.5% and 5.5%; further down the year and maybe into the year 2021.

It is an indubitable fact that unity and conviviality are the hallmarks of a stable country. Nigerians are not smiling! At sixty, that there are current calls for separation, referendum and restructuring of the nation – is only symptomatic of a grave failing of the union. All the positive indices that make for happiness and progress of a people are at their lowest ebb today. Unhappiness, social strife, inequality, poverty, unemployment, increased mortality, corruption, insecurity, terrorism, disunity, distrust and cynicism are the other of the day. The federal structure today is being operated as a unitary system giving rise to marginalization and oppression of the masses by the predatory ruling elite. Nigeria cannot continue to grow in self-delusion and tomfoolery about the state of development and its true rating among the comity of nations. The Nigerian (who is not an accessory of state wealth) is today hungry and angry.

Looking through all nooks of the nation today, Nigerians are hopelessly trapped in a whirlwind of despondence and frustration from the stinging results of accumulated misgovernance and nepotistic leadership. Our statues book – the constitution in chapter two, under the fundamental objectives and directive principles of state policy states in article 14, subsection 2b that, “The security and welfare of the people shall be the primary purpose of government”. This purposes of government are today in short supply with a deteriorating system built on fraud, injustice and inequality; hence the animosity and mutual antagonism by the federating units of this Republic. Little wonder that the over 250 ethnic nationalities in this union are no longer comfortable and desirous of this toxic and failing marriage.

Some analysts have overtime ascribed our socioeconomic underdevelopment and weak social structure to the amalgamation fraud of 1960 and the associated challenges thereto; while some chose to look at the imperfect national constitution as the issue. But rather, this writer has chosen to put the myriad of our problems squarely on the feet of successive bad leadership. We are yet to decide on a leadership recruitment system that throws up willing and visionary leaders that derive legitimacy from competence and merit.

Most public office holders manipulate the vastly impoverished masses to sell their electoral franchise and offer immediate gratification in lieu of future progress and sustained collective growth. Transactional, mediocre, clannish and sardonic leaders have emerged overtime to keep Nigeria immersed in a pestilential and putrid pool of thwarted development while they and their collaborators share the commonwealth.

Nigeria needs to reform or restructure its governance and resource structure for survival. We cannot continue a system built around sharing of oil proceeds, with a bloated and inefficient central government holding so much while yielding pittance to a huge heterogeneous population in the federating units. We must redefine and renegotiate the implicit social contract that binds all Nigerians so as to create active institutions that genuinely serve the needs of the people.

With Nigeria being the 3rd most terrorized nation in the world, 2nd poverty capital in the world only bested by India and reducing life expectancy of 55 years, there is no controverting the need for arresting this shameful decline. Of what use is a broken and dysfunctional union that only serves an infinitesimal few while the super majority wallow is lack?

Nigeria must rework and reset this union and the only way to prevent the palpable implosion and disintegration is to recalibrate the structure into a viable federalism where all the component units become productive, with the capacity to take care of their people while contributing to the central government.

Should the present cries and agitation not force the current holders of power to a position where they allow for a patriotic and deliberate conversation for the renegotiation of the structure, the flank would have been left opened for an uncontrolled crumbling of corporate Nigeria; for where peaceful change becomes impossible, violent change (secession) becomes attractive. A quick win may be an urgent consideration and implementation of the 2014 confab report so as to arrest the inexorable decline of this union.