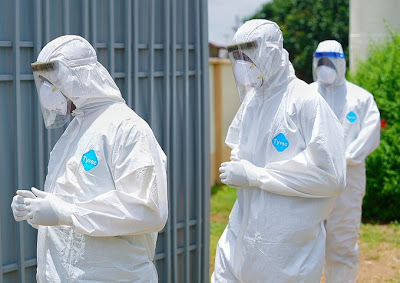 Nigeria, on Saturday, recorded 48 new coronavirus infections bringing up the total confirmed cases of the disease in the country to 61,930.

This is according to an update by the Nigeria Centre for Disease Control (NCDC).

Nigeria, in at least three months,  has not reported a daily figure above 300 but concerns grow as there has been a sharp increase in the number of recovered patients.

About 57,285 patients have recovered of the over 61,000 cases reported thus far while about 3,500 infections are still active across the nation.

It was also observed that there has also been a decline in recorded fatalities as total death toll stood at 1,129 after no deaths were reported on Saturday.

The country has improved a bit in its testing regime as records show over 600,000 of Nigeria’s 200 million people have been tested thus far.

News #EndSARS: Why Buhari was silent on Lekki shooting of unarmed protesters in nationwide address – Presidency