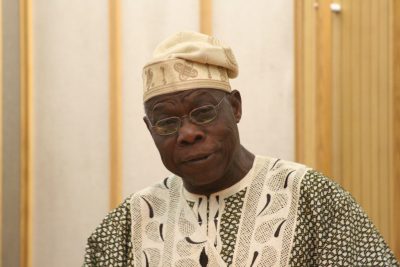 Former President Olusegun Obasanjo has said Nigeria’s democracy cannot be adjudged to be hale and healthy even though it has not been derailed after almost 20 years it began.

The former president said even though there are many unpalatable practices and dangerous signs that have shown their ugly heads, which is the strongest indication that our democracy is alive but, it cannot be said to be hale and hearty.

While Speaking in Abuja at the colloquium to mark the 70th birthday of former Minister of Women Affairs and Social Development, Josephine Anenih, Obasanjo also alleged that the President Muhammadu Buhari led government has been using the Economic and Financial Crime Commission (EFCC), Independent Corrupt and related Offences Commission (ICPC) and other agencies to persecute political opponents.

He said this while claiming that the All Progressives Congress (APC)-led Federal Government was intimidating judges to do their bidding on election matters.

He said: “Some institutions created for normal administration and dispensation of justice, like the EFCC, the Independent Corrupt Practices and other related Offences Commission (ICPC), the Federal Inland Revenue Service (FIRS) and the ministry of justice are being directed to witch-hunt and pursue political opponents.

“The use of intimidation, violence and physical attacks have started in some states. It is understood that judges are already being intimidated so as to prepare them to do the ruling party’s bidding in election petitions. All these are visible in today’s practice of democracy in Nigeria.

“For me, that after almost 20 years of the beginning of the democracy, it has not been derailed, is enough a development in progress, even though there are many unpalatable practices and dangerous signs that have shown their ugly heads, which is the strongest indication that our democracy is alive but, it cannot be said to be hale and hearty. Practitioners of democracy must be democrats if you have a lot to be desired.”