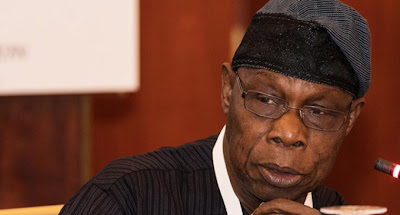 Former President Olusegun Obasanjo says Nigerians should not blame God for their problems but themselves.

Obasanjo spoke on Thursday at the launch of ‘The Letterman’, a book authored by Musikilu Mojeed, Premium Times editor-in-chief.

The book focuses on letters written by Obasanjo.

He said when Nigeria gained independence, the expectation was for the nation to be known as “a giant in the sun” and not the “giant of Africa” as it is being referred to now.

He, however, said Nigeria has not lived to expectations.

“Have we lived up to it? No. If we haven’t, why haven’t we? I think we probably don’t appreciate what we have as a country and I believe if we do appreciate it and make good use of it, we would do better than we are now.