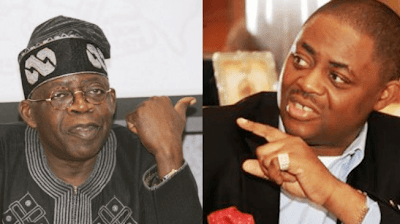 A former Minister of Aviation, Femi Fani-Kayode has said Nigeria has been in a “deep and dysfunctional coma” since the collapse of the regional autonomy which he insisted was the foundation of the creation of the country.

He stated this while reacting to a statement credited the Bola Tinubu, the National Leader of the ruling All Progressives Congress (APC).

Tinubu, in the said statement, had urged Nigerians no to initiate what would destroy the country adding the nation was built by the founding fathers for Nigerians.

”Our founding fathers built Nigeria for us, we must not destroy it,” Tinubu expressed this while calling for the unity of the country.

Fani-Kayode, in his reaction, replied Tinubu, a former governor of Lagos State, that Nigeria was built on the foundation of regional autonomy which he insisted had since collapsed.

“The Nigeria that our founding fathers built has died. Our nation was built on the foundation of regional autonomy. Since that foundation was destroyed Nigeria has been in a deep and dysfunctional coma,” Fani-Kayode stated in a tweet post.