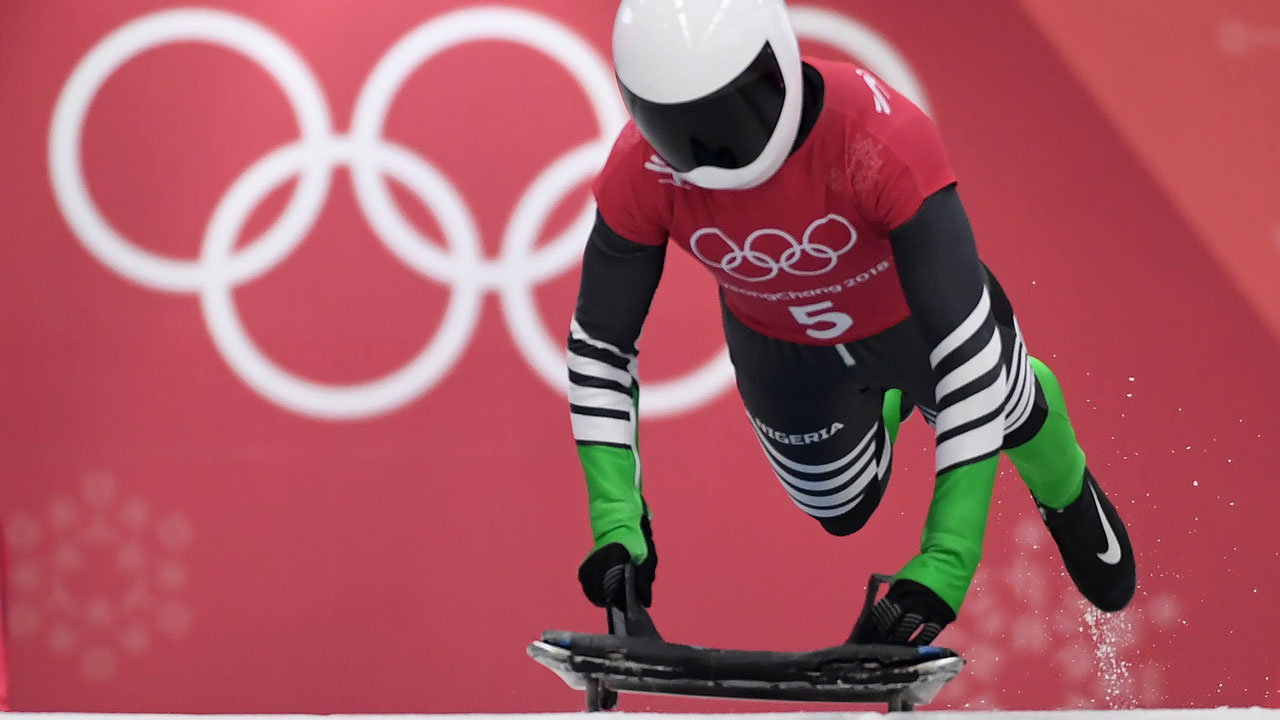 After three days of hard training, the Nigerian skeleton athlete at the on-going 2018 Winter Olympics, Simidele Adeagbo, is set to face stiff challenges from other countries at the Sliding Centre in Pyeongchang, South Korea, tomorrow.

The 36-year old Adeagbo, who is Africa’s first-ever female Olympics skeleton athlete, touched a sled for the first time in September 2017, and by January 2018, she had qualified for the Winter Olympics.

According to a board member of the Nigerian Bobsled and Skeleton team, Chisom Mbonu-Ezeoke, who spoke with The Guardian yesterday from South Korea, the athlete will observe today as rest day in preparation for her competition tomorrow and Saturday.

Adeagbo and other female competitors will have two runs per days. The four times will be added together, and the fastest total time will determine the winner. Going by rules of the skeleton event, runs are electronically timed to the hundredth of a second. If two teams are tied after all runs, they are awarded the same place.

Bobsled and skeleton athletes compete on a course that is the same length for both male and female. The weight of the sled alone may not exceed 43kg (95 pounds) for men, and 35kg (77 pounds) for women. Athletes are required to pass the finish line on the sled for the run to count.

“There are 20 athletes and Australia has only one like Nigeria, but she is apparently very good,” Mbonu-Ezeoke told The Guardian yesterday.

On the weather condition in Pyeongchang, she said: “The weather today was better because it was about four degrees celcius. Hopefully, it will be better on competition day.”

Nigeria’s two-woman bobsled team, Seun Adigun (Driver), and Akuoma Omeoga (Brake-man) will have their first official training on February 17, with a repeat on 18 and 19. The bobsled team will go for battle on February 20 and 21.