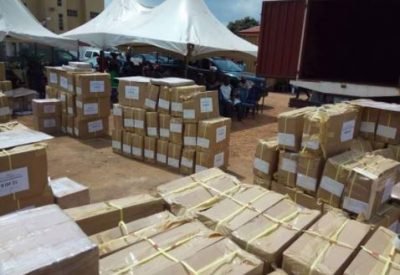 Late arrival of election materials at most of the polling centres delayed the commencement of voting in Tarauni and Nasarawa local government areas of Kano state on Saturday.

A Correspondent of the News Agency of Nigeria (NAN) who monitored the election reports that while security personnel and the electorate arrived at the polling centres as early as 7:00 a.m.,  INEC officials failed to show up with the election materials.

At Tarauni Asibiti polling centre, security agents and voters were seen awaiting the arrival of materials and INEC officials.

One of the voters who spoke to NAN said he came to centre around 7:56 a.m. with the hope meeting the electoral officers but was disappointed.

Similarly, at Garden polling centre, the story was the same as there was no single INEC official while only voters and security agents were seen waiting for the arrival of the election materials and officials.

When NAN visited the Garden Collation Centre around 8:00 a.m., the election materials were being distributed to various polling centres, while security personnel kept vigil there.

At Gyadi-gyadi Arewa polling centre, located at the Women’s Centre, the materials and election officials were already on ground as at 8:15 a.m. trying to sort things out.

At Magwan polling centre within the  Giginyu Ward in the Nasarawa local government area, the materials and INEC officials were nowhere to be found as only security agents and voters awaited the arrival of materials as at 8:30 a.m.

NAN observed that the turnout of voters, especially men, was impressive at most of the polling centres visited in the two local government areas.

Most of the voters who spoke to NAN expressed disappointment with the late arrival of materials and officials at the polling units, and they urged INEC to address the challenge.