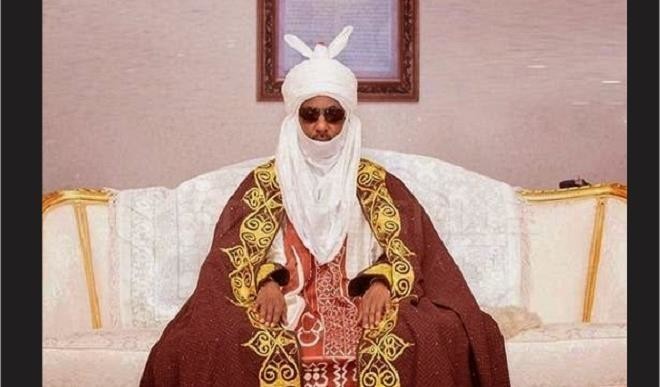 The Emir of Kano, Muhammadu Sanusi, has called for a law to compel Nigerian political and religious leaders, including lawmakers, governors and traditional rulers, to undertake drug test.

The emir made the call as he accused the leaders of condoning the use of illegal substances by their body guards and thugs.

“Anybody who elements of drugs abuse is found in him should quickly resign his position because he is not fit to hold (public) position,” Mr. Sanusi said on Monday in Kano.

He was speaking at the Senate Roundtable on Drugs Abuse Epidemic in Nigeria, organised by the Nigerian Senate.

He said it was hypocritical and amounts to mere talk for “a governor or senator or any big political office holder” to speak against drug abuse in society while having “highly drugged thugs as his body guards moving around freely.

“We are rather deceiving ourselves if we do not accept that we are part of the problems when we allow highly drugged thugs act as our body guards, dumping legally accepted security agents,” the traditional ruler stated.

“Today, it is better to be a drug baron on the payroll of a political leader than to be a legally recognised security man, which means we must clean our acts before trying to achieve anything.”

He said he was “very ready and happy to be subjected now to drugs test. And if I am found not worthy of being emir, I will quietly resign because the matter is bigger than what we are talking about.”

The emir said several laws are in the books to fight drug abuse but were not being implemented.

“If we are not implementing these laws in the books, what assurance do we have that new ones will be implemented?”

Speaking at the roundtable, Senate President Bukola Saraki said the Senate was pushing for laws that would tackle headlong the menace of drug abuse in Nigeria because of its concern for the future of younger generations of Nigerians.

Mr. Saraki said the National Assembly decided to take decisive actions against drug abuse in Nigeria through the roundtable, as part of its moves toward finally tackling the menace.

“If we continue to be a society that ignores laws and do as we wish, we are not far from being a failed state,” he said.

“But in the Senate, we are firm in ensuring that what is right is being done to protect the nation.

“We want to see here before we finish the two-day roundtable in Kano that some pharmacies are closed down for violating the rules. Then we will know we are serious about it.”

Mr. Saraki said the main purpose of the roundtable was to send a message that there is hope in actualising a drug-free society.

“There is no sense in calling agencies to fight drugs when we are not funding them. It doesn’t make sense. We must make a commitment that we are ready to do away with these problems. We should not be discouraged in the fight, as political leaders, we must have political will in the fight.”

The state government called for the inclusion of drug abuse funds in the 2018 budget so that rehabilitation centres could also be set up.