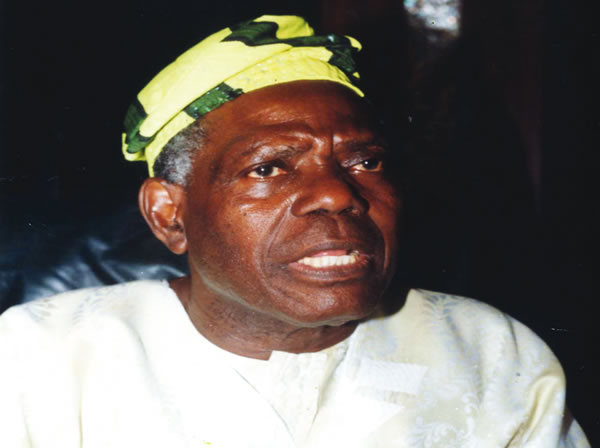 Bisi Akande, a chieftain of the All Progressives Congress (APC), says the presidential system of government Nigeria is practising can no longer sustain its growth and success.

According to reports monitored on TheCable NG, Akande made the remark while addressing a news conference in his country home, Ila, Osun state as part of activities to mark his 79th birthday.

He said multi-party parliamentary democracy was the best form of government for Nigeria if it wanted to catch up with the rest of the civilised world.

The report also quoted Akande, a former governor, saying “the American democratic system of multi-party presidential was too complicated and costly for a country of poor people with large illiteracy rate like Nigeria.”

According to him, the Nigerian nation is currently running a difficult government under an unworkable setup.

“President Buhari is my friend and I want him to succeed but he is running a difficult system of government,” he said.

“Nigeria’s democracy is a military democracy of sharing and if we continue like this, there is no how we can succeed.

“Up to this present age, evidence-based analyses has proven parliamentary democracy to be the most accountable transparent form of government in the whole world.”

He said parliamentary democracy had helped countries like the United Kingdom rich, stable and respected globally and also made Israel very strong economically and militarily.

“It is also transforming India from acute poverty and hunger into self-sufficiency and reliability virtually in all fields,” he said.

“Apart from being transparent and accountable, parliamentary democracy is absolutely inclusive.

“It appears to be the best form of governmental structure for Nigeria now.”

Akande, a former governor of Osun state, maintained that anything less accountable and transparent would not help the development of the country.