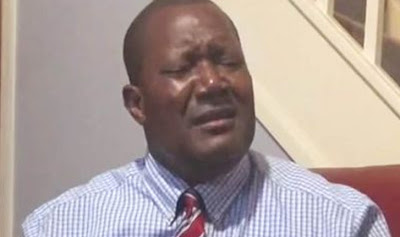 A Nigerian pastor, Micheal Oluronbi, was on Friday sentenced to 34 years in prison by a Birmingham crown court in the United Kingdom for sexually assaulting children via pretence of religious bathing rituals.

Oluronbi was reportedly convicted of raping some children – an act he committed for 20 years during religious bathing rituals he claimed would wash their sins away and cleanse them from evil spirits.

Oluronbi, the alleged rapist, who was arrested at Birmingham airport while reportedly attempting to abscond to Nigeria, was charged with 15 counts of rape, seven counts of indecent assault and two counts of sexual assault.

During his trial, the convict was said to have blamed the devil for his misdeeds. His victims included six women and a man; five of them were members of his church, whom he started abusing since they were children.

Oluronbi, who is also a pharmacist, would rape the victims and abort the pregnancies with the help of his wife.

While testifying in court, one the victims said the convict made her question if her life was worth living.

Delivering the ruling, Sarah Buckingham, the presiding judge, said the matter was “one of the worst cases of sexual abuse of multiple children to come before the courts”.

She described Oluronbi as an arrogant, selfish and vain man, as the religious bath was meant to satisfy his sexual urge.

“The children feared you and this enabled you to continue your grip,” the judge said.

“Your offending has had an extreme and severe impact on all of your complainants. Any attempt to suggest otherwise would be without foundation.

“You abused your position of trust – they trusted you like God.”

Juliana, Oluronbi’s wife, was also convicted for aiding and abetting rape, helping with abortions of the victims, and was sentenced to 11 years in prison.

A court statement said some of the victims were raped repeatedly, which resulted into pregnancies that were terminated.

The convict, who was said to have cultivated the habit of laughing in court while giving evidence, admitted to the court that he was “revered and feared by his victims, kept a vice-like grip on many of them and continued to abuse them well into adulthood.”