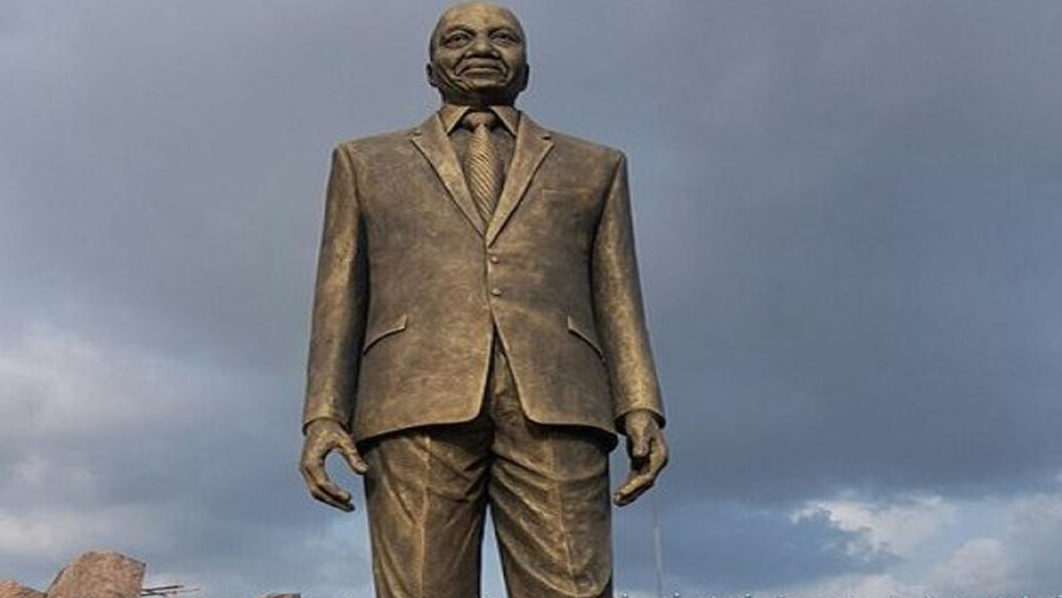 With tens of Nigerians dead in xenophobic attacks and in the hands of police officers in South Africa, the news that Imo State governor unveiled a statue in honour of visiting South African President Jacob Zuma has been met with rage.

The South African president was also honoured with a chieftaincy title, Imo State’s highest award and had a street named after him.

Okorocha’s action is condemnable, said the Civil Society Network Against Corruption, a coalition of more than 150 anti-corruption groups in Nigeria.

Their angst? President Jacob Zuma is currently being dogged by a litany of allegations of corruption. Hence, honouring him with titles is tantamount to portraying him as a ‘hero’ to African youths,  CSNAC said in a statement.

“Is Governor Okorocha not aware that the people of South Africa are currently demanding for the resignation of a leader who has brought shame and dishonour to the country of Nelson Mandela?” the group queried in the statement.

It was not only the anti-corruption group that was pissed, Twitter reactions – from Nigerians and South Africans – have been fast and furious, with many questioning the propriety of Okorocha’s gesture.

Are there those miffed that Zuma has done almost next to nothing about xenophobic attacks on Nigerians? You bet!

Jacob Zuma over and above workers’ salaries? Not a good move.

Did Governor Rochas Okorocha think t his action was a good diplomatic nod? These voices from across the border said NO.

With other statues yet to be unveiled, someone thinks Robert Mugabe may get a shoo-in.

And the Nkiru Sylvanus connection…