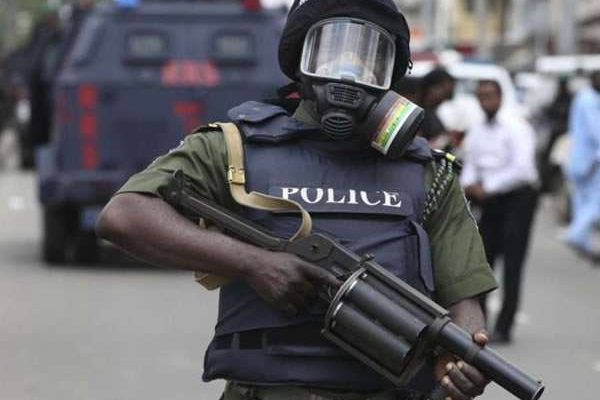 Nigerians have launched a #EndSARS campaign on Twitter, detailing atrocities committed by the Police Special Anti-Robbery Squad and vehemently called for its scrapping.

The #EndSARS campaign as at 2pm was number one on Twitter. And it was immediately followed by over 400,000 tweets on the Police themselves.

In posts after posts, Nigerians recounted horrible, harrowing encounters with SARS, the dreaded squad of the police, set up to fight banditry. Often, the men went off course to torment innocent Nigerians. 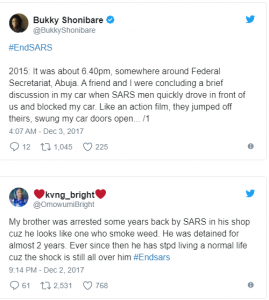 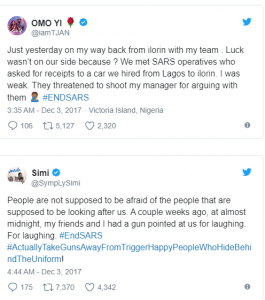 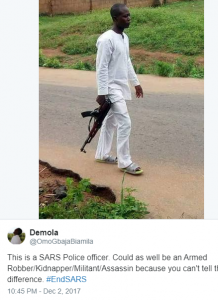 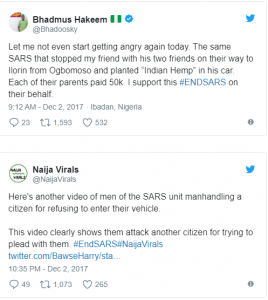 Former vice-president Atiku Abubakar, who now frequently uses Twitter like Donald Trump, joined in the campaign and urged government to remedy the situation: 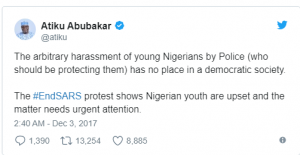 But a Nigerian complained in another tweet that he had been blocked by Assistant Police Commissioner, Abayomi Sogunle, who heads the Police Public Complaints Rapid Response Unit: 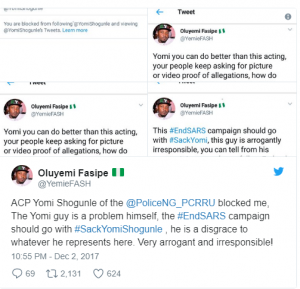 Sogunle responded in his own tweet why he did so: “Yes we can disagree 24/7 on everything but the use of vulgar/unacceptable words or uncouth behaviour on my TL = Twitter #Block. Advise all those “Yomi Shogunle has blocked me” to test their Twitter block case in court” 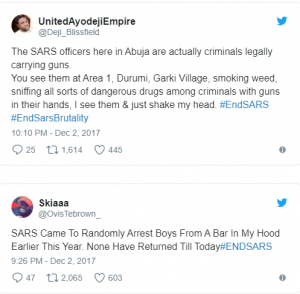