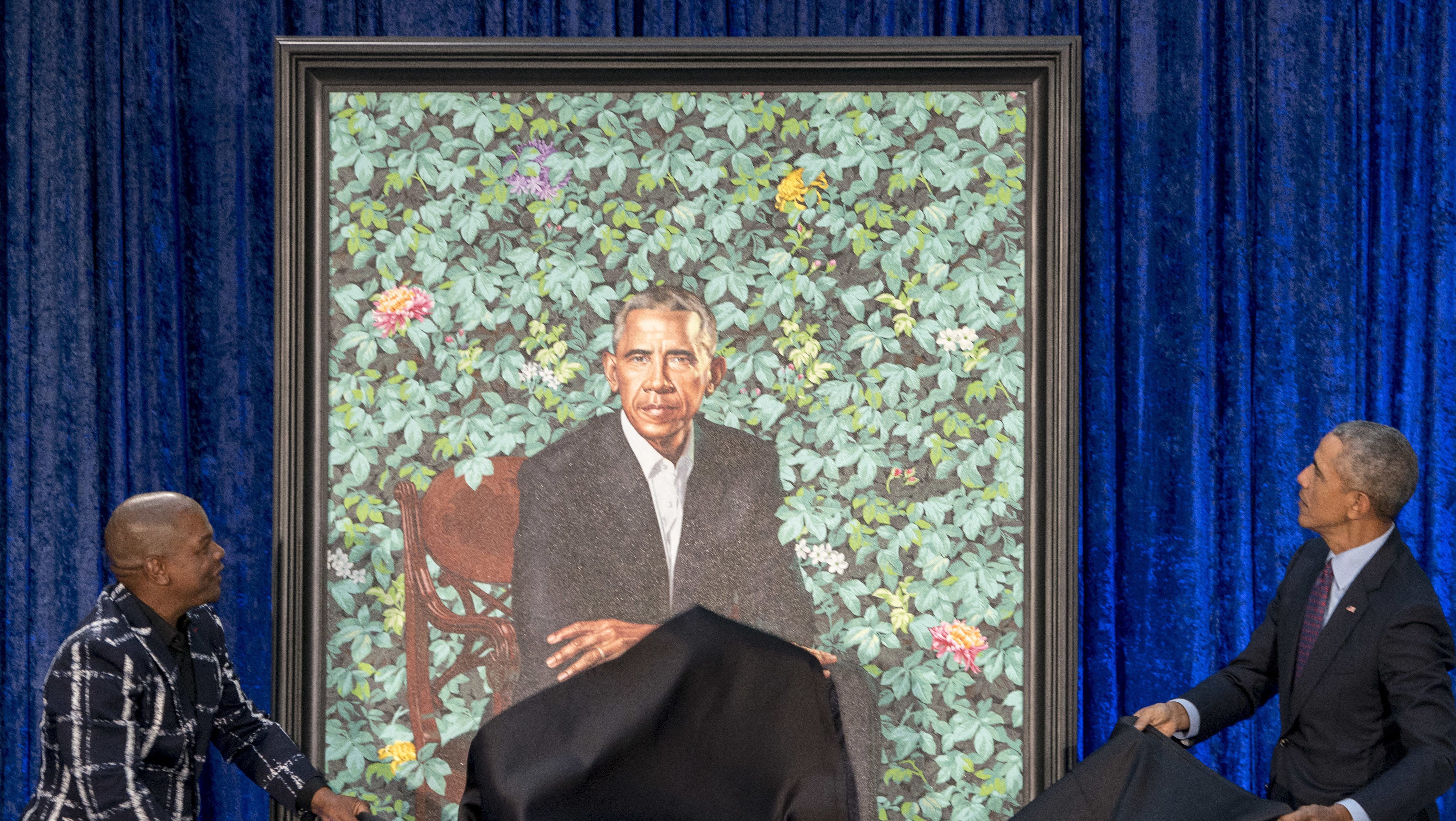 The official portrait of former American President Barack Obama painted by a Nigerian, Kehinde Wiley, was unveiled on Monday at the Smithsonian National Portrait Gallery.

The New-York based portrait painter known for his highly naturalistic paintings of African-Americans has also showcased the portrait on his Instagram page on Tuesday.

Mrs. Obama’s portrait was also revealed to the public on Monday, and it will hang in the first floor of the National Potrait Gallley until November.

The Smithsonian National Portrait Gallery while making the announcement at the time, said, “Wiley is an exciting choice for the presidential portrait.’’

Wiley has, however, painted famous faces prior to working with Obama.

In 2009, Michael Jackson commissioned a portrait, which was not painted until after the king of pop passed on. He has also painted rappers LL Cool J and Ice-T, along with soccer royalty around the world.

Who is Kehinde Wiley?

Wiley was born South Central, Los Angeles in 1977, where he was raised by a single mother and was one of six siblings.

His mother was a linguist, and he grew up surrounded by books. Wiley took his first art lesson at age 11, and at age 12, in 1989, he was one of 50 American children who went to live in Russia at the Center for U.S./U.S.S.R. Initiatives.

There, he studied art and Russian language. He eventually attended the San Francisco Art Institute, and studied art in graduate school at Yale.

He is based in New York, but has studios around the world in Beijing and West Africa.

The background of his paintings reference African cloth patterns snaking through the composition to give further clues on his subject.