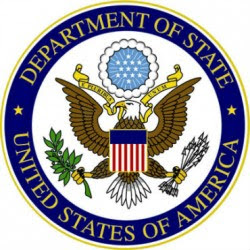 The discussion followed the 724th Expeditionary Air Base Squadron Change of Command Ceremony and included topics such as the strong relationship between United States military forces and Nigerien Armed Forces, as well as the shared security interests within the Agadez community.

“There has been good connection with the American forces and a lot of action to help the local community in Agadez,” said Agadez Governor Magagi Maman Dada. “We hope that the support will continue since there is a lot of insurgency and insecurity in the region and there is a strong need to combat that.” 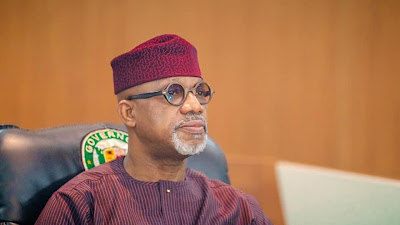 Building upon strong foundational relationships, the U.S. Air Force prioritizes working with the Nigerien Armed Forces toward the mutual goal of peace and stability within the region.
For Lee, the meeting was important to discuss security topics, share thoughts and ideas needed to ensure there is secure, reliable, flexible airpower in North-West Africa and Nigerien Air Base 201, Niger, operations essential to mission success.

Ango presented the base’s previous commander, U.S. Air Force Lt. Col. Christpher Jacobson, an award and certificate of appreciation for his work with the Nigerien Armed Forces for being a good partner and thanked Lee and U.S. Air Force Lt. Col. John M. Barrett, 724th EABS commander, for their relationship. Follow-up meetings will be arranged to discuss security in the region.

Partnerships in West Africa remain key to countering the escalating violent extremism in the tri-border region of Niger. The Airmen, Guardians, and Soldiers located at Nigerien AB 201 are determined to maintain peacekeeping operations.