The Ogun State chapter of the Peoples Democratic Party (PDP) is disgusted by the comments reportedly made by the governor of Ogun State, Prince Dapo Abiodun that he is giving the All Progressive Congress (APC) led Federal Government an ultimatum of two weeks to fix the deplorable Sango/Ota-Abeokuta road or he will go ahead and fix it.

The Ogun PDP finds the comments of Mr. governor as, not just laughable but also utter display of recklessness on the part of the state governor and his failing APC which further exposed the fact that the governor lacks the requisite capacity to govern the state.

The Ogun State Publicity Secretary of the party, Asiwaju Bankole Akinloye in a press statement released on 22nd July, 2022 described the comments of governor Dapo Abiodun as a play to the gallery and face saving.

“Prince Dapo Abiodun is abundantly aware of the deplorable condition of the road. Members of his State Executive Committee ply that road to Abeokuta. The governor visited the same road last year during the build up to the last charade called local government election with similar “road show” and failed promises. Why is he coming there now to do photo ops? Does he truly expect people to start clapping for him? 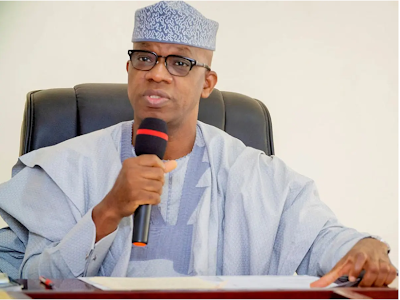 Good enough, the people are well aware of his usual antics. It is because he knows that the good people of Ogun state have made up their mind and his days in government house are numbered as the general elections are just few months away.

“Gov Abiodun in his characteristic manner only came to Ado-Odo/Ota to take photographs and to show any manner of empathy with the residents and several other motorists who have endured untold hardship brought about by the ruling APC government.

“We implore the good people of Ogun state not to be carried away by such empty threats. They know the governor will not do anything, he only came to take pictures and sweet-talk them with the sarcastic threat of ultimatum,” Bankole said.

The publicity secretary also reminded members of the public of another important road which leads to Akute, Alagbole and other border communities of Ogun State and Lagos state had been abandoned for over three years and the governor seems to have a disdain for thousands of residents of the area, thus refusing to acknowledge the plights of the people until now and putting the responsibility on the Federal Government.

“The people of the area were actually shocked to see a governor that abandoned them for over three years, despite their pleas and representations. Because he knows the people won’t vote for APC in next year’s elections, he quickly went there to take pictures for propaganda purposes.

“The people that have endured all the hardship should not listen to him again and kick out his government during the election. Ado Odo/Ota people are not fools.

“The PDP shares the pains and surffering of the people and vowed to make the road it’s priority when it’s voted into power in few months.”

The publicity secretary further assured the entire people of Ogun state of equitable distribution of quality infrastructural development and promise to deliver the true dividend of democracy when it is voted into power in 2023.

“Our National Assembly candidates live in these axis and know the pains the people go through because they suffer the same fate. The PDP revolution has already  started and it is in full course, Ogun state must be freed of bad government and callous insensitivities. Asiwaju Akinloye Bankole stated.