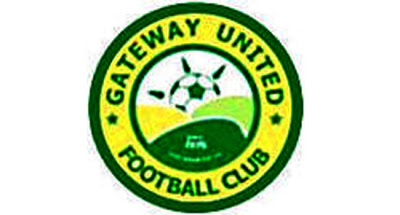 Ahead of the February 13th NNL kickoff date, Ogun State’s Gateway United FC has bolstered its backroom staff with the appointment of Toyin Ayinla as Assistant Chief Coach and Tunji Baruwa as Goalkeeper’s trainer.

Others are Shakiru Lawal returning as Assistant Coach, Bunmi Okeowo will serve as the team Scout, Emmanuel Olusola as Physical Trainer, while Usman Ismail will act as the club Curator.

Gateway United Media Officer, Moses Ojewumi, made this known in press statement issued and made available to newsheadline247 on Wednesday.

He said, “The new officials will work in tandem with the chief coach Akeem Busari with the hope of securing the elusive topflight ticket in the forthcoming NNL season.”

Earlier in the preseason last year, the Gateway club had acquired the services of Dare Osunsanya as the Team Manager. Mr Osunsanya is a former member of the 7-man  Management Committee of Gateway United during the military administration of Group Captain Sam Ewang in Ogun State.