Not Original! Orji Kalu sweats to be like new found mentor, Otedola 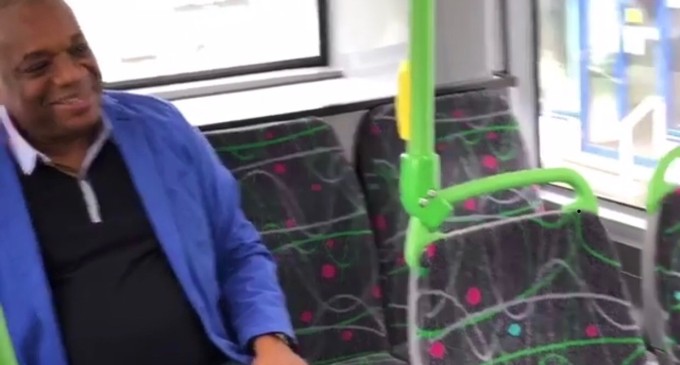 * Why People Didn’t Dignify Him With Response

Eventually, like all man-made deities, Orji Uzor Kalu stopped resembling a ‘god’ or something like one; he is losing worth like the last fading smile of a cosmic Cheshire cat.

Yes, the rich take their pleasures sadly, after the fashion of whatever seems to be trendy. Hence it is not in habit but in novelty and the clichéd that many a billionaire often pursues and acquires vainglory and pleasure.

But what manner of vaingloriousness would drive Orji Kalu to engage in a subtle yet aggressive jostle with billionaire oil magnate, Femi Otedola, for the limelight? What shade and colouration of vanity would drive him to engage in intense competition with Otedola and Tony Elumelu for social correctness and youth appeal?

Perhaps the type that drives the proverbial old woman to channel and relive the pleasure of youth and her famished beauty in grandiose and evanescent dreams. As you read, Orji is engaged in a feral and frantic hustle to outdo the trio of Otedola, Dangote and Elumelu in the now fashionable quest for the juiciest portion of the spotlight.

Yes, weeks after a video of the Chairman of Forte Oil, Femi Otedola, taking a bus trip in the city of London went viral online, former Abia State governor, Orji Uzor Kalu, has equally toed the same path by uploading a short video on Instagram showing him in a London public bus .

In what looked like a scripted shot, Kalu was seen to be chatting with a guy he named Chika, whom he asked that his followers should tag if they knew him. Unlike Otedola’s video, Kalu posted a video with a muted sound. While Otedola explained that he took the bus on his way to see his former teacher at Wandsworth in London; Kalu did not also say why he embarked on his journey that appeared to be an act of playing to the gallery. 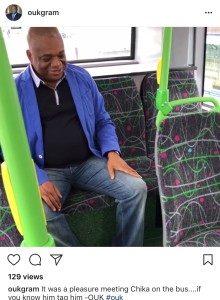 Less than an hour after Otedola, who is notable for his simplicity, uploaded his video, the blogosphere went agog, as it attracts wide coverage from blogs and attendant commentaries that run for days. In Kalu’s case, he has only been able to attract 122 views more than 24 hours after uploading.

One wonders what Kalu’s intention was with his copycat exercise. Now that Kalu has found a mentor in the business mogul, Otedola, are we to expect him to follow up with another video in the same fashion Otedola boarded a Lagos popular commercial bus, Molue, from Sango to Agege? Otedola shared the video of his ride with his followers on Wednesday.

The video, which generated 92,064 views within two hours, shows him sitting in the bus as a fellow passenger standing next to him, a female, advertises a product. He saunters down, Lagos style, when he gets to his destination. Kalu may have to follow suit and take a commercial bus in Aba to know how warmly he would be received by the people whom he was reported to have fleeced of their commonwealth for which he has been standing trial he has been struggling to exculpate himself from.