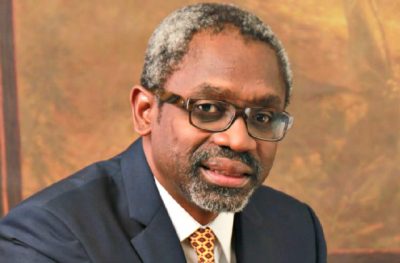 On June 6, 2018, Nigerians woke up to news that President Muhammadu Buhari had done what many before him were unable to do by awarding the highest honour of the land, the Grand Commander of the Federal Republic, to late Chief Moshood Abiola.

The move triggered a heated debate between pro and anti-Buhari elements in the country. I will not jump into such fray. But I believe that politics should never be taken to such a level that might blunt the beauty and symbolism of an action such as this taken by the President.

We must be careful not to kill the joy of the Abiola family in an attempt to read the President’s mind and motives.  Even if it wasn’t done in good faith, a suggestion I completely disagree with, it should be left alone for the sake of the memory of the man who paid the supreme price for the democracy that we are all a part of today.

I will, therefore, limit myself to the legality of a posthumous award under the National Honours Act.  This award is, perhaps, the most deserving in the history of the awards system in Nigeria.

The learned Jurist in whom I have profound respect, Justice Alfa Belgore (retd.), has stated that the National Honours Act does not  provide for posthumous awards except in the case of the military. I must beg to differ.

First, in interpreting any Act, we must consider the intention of the drafters where and if there is ambiguity. In this case, can it be truly argued that a Nigerian who gave his or her all to the country and died while doing so cannot be honored posthumously because he or she is not in the military? Somehow I don’t think this was the intention of the law.

Now let us look at the express provisions of the law. Section 1 declares that “Subject to the provisions of subsections (4) and (6) of this section, the President may BY WARRANT (emphasis mine) make provision for the award of titles of honour, decorations and dignities (in this Act collectively referred to as ‘honours’).”

Subsection 3 provides: “A warrant under this section may make different provisions FOR DIFFERENT CIRCUMSTANCES (emphasis mine)……”

Also, Subsection 4 says, “The power to make awards in pursuance of a warrant under this section SHALL be exercisable by the President in accordance with the provisions of the constitution of the Federal Republic of Nigeria, 1999.”

The combined reading of these sections makes it abundantly clear that the powers of the President in conferring an award or honour under the National Honours Act are wide and unfettered and he need not consult with any committee.

Indeed, the National Honours Committee (I stand to be corrected) is unknown to the Act and a creation of the presidency itself, perhaps for ease of administration). Nowhere in the Act does it say that the President must consult with anyone in exercising his powers. It is by executive fiat!

For those who may want to make reference to the Council of State in the constitution, its role, is merely to advise on national awards where such is sought or needed by Mr. President. Nothing in the constitution makes it mandatory for him to seek such advice.

The Act does not exclude posthumous awards. If not excluded expressly, it cannot be implied. Indeed, subsection 3 referred to above adequately covers posthumous awards with the general words “FOR DIFFERENT CIRCUMSTANCES”.  Yes, posthumous awards are specifically spelt out in the military category for whatever reason only God knows. Even in that category, not all military men are entitled. It depends on your rank and not all categories of military awards can be conferred posthumously. This is inelegant drafting at best and must be amended. To come to any other interpretation other than the above will be preposterous and illogical to say the least.

To drive home the point, subsection 5 is the most telling. It provides: “A warrant under this section may provide that the warrant shall have effect as if it had been made on such date (not being earlier than the day when this Act is deemed to have come into force ) as may be specified by the warrant, and an honour…shall be deemed to have been awarded in pursuance of the warrant.”

In other words, the award can be backdated and therefore posthumous!

Let us read a little further.

Section 2 deals with eligibility of appointment and the only qualification is citizenship. Nowhere does it talk about being a living person.

Going further yet again, Section 3 of the Act refers to Mode of appointment and states clearly that all the President need do is to publish same in the official gazette.  Section 3 subsection 3 states that the award is to be presented by the President to the recipient in person but yet again making room for posthumous awards, it goes further in subsection 3 to allow for presentation in absentia.  It states:

“If, in the case of any person, it appears to the President expedient to dispense with the requirements of paragraph 2 of this article, he may direct that that person shall be appointed to the rank in question IN SUCH A MANNER (emphasis mine) as may be specified in the direction.”

In other words, the award can be given posthumously and received by his heirs in succession.

In any case, it must be noted that section 42 of the Constitution comes down hard against any law or policy that tends to discriminate and for me a law that allows for posthumous awards to the military and not to civilians is discriminatory and it cannot stand constitutional muster.

Furthermore, where there is ambiguity we must always look at international best practices.

Finally, I would want the President to go beyond this and exercise his powers under Section 7 of the Act, titled deprivation, to strip all manner of undeserving past awardees, dead or alive, of their awards so that MKO Abiola can be in good company.

Femi Gbajabiamila is the Majority Leader of Nigeria’s House of Representatives. He wrote in from Abuja

Culled from The Punch NG