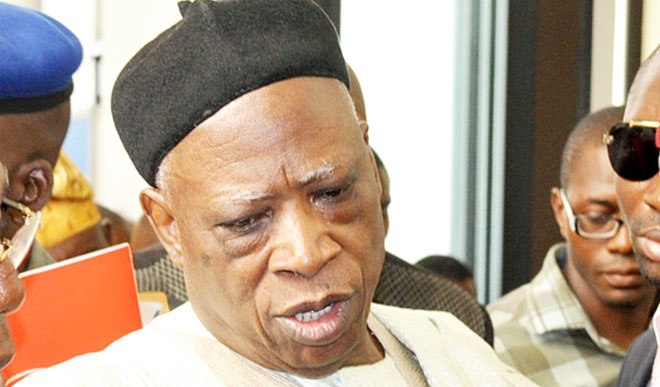 A Senator representing Nasarawa West, Senator Abdullahi Adamu has said the insistence of members of the new Peoples Democratic Party (nPDP) to meet with president Muhammadu Buhari is a ploy to blackmail, intimidate and ambush the president.

Adamu who was is a former governor of Nasarawa State and a member of the All Progressives Congress (APC) dismissed the group’s claim of marginalisation, as he called on the leadership of the party to ignore what he described as the antics of members of the nPDP.

Recall that members of the defunct nPDP that joined the APC before 2015 general elections accused the party of marginalizing its members and had given the APC a seven-day ultimatum to summon an emergency meeting to address their grievances.

However, Adamu, in a statement hailed the president’s decision not to interfere in the nPDP issue as he said the matter should be left to vice president Yemi Osinbajo and the leadership of the party to deal with.

He also accused the nPDP members of a deliberate attempt to distract the President from focusing on governance. He said members of the group were bent on resurrecting their defunct platform to fight personal political battles.

“I belonged to the nPDP and as I have said before, there was nowhere we held a meeting to resurrect the group for the purpose of protesting alleged marginalisation of our former members by the APC-led federal government. Apart from that, the basis of the group’s allegation is tenuous.

“While the antics of the so-called nPDP to portray the Buhari administration as being unfair to the group in its appointments are reprehensible, I commend the President’s governance style and his litany of progressive decisions that are in tandem with the collective aspirations of our party,” he said.

The lawmaker insisted that it was disingenuous of members of the nPDP to create the impression that the Buhari administration had been partial in its appointments, saying nothing could be farther from the truth.

He urged the leaders and members of the APC to be focused on Saturday’s convention, adding that the goal was to strengthen the party ahead of the 2019 general elections.