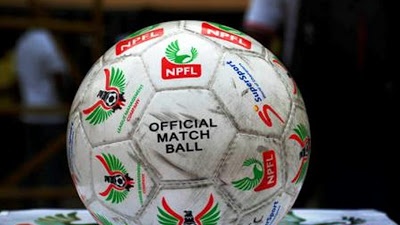 Matchday seven of the Nigeria Professional Football League(NPFL) starts today in Jos, as Plateau United host league leaders, Nasarawa United in one of the two matches to be aired live this Week on NTA and NPFL.TV.

Nasarawa remains the only team yet to taste defeat this season, their unbeaten runs is under threat this Friday as the home team desperately need a win, to improve on their current standing on the log as they are presently rooted in the bottom half of the table.

On Saturday, Akwa United entertain high flying Kano Pillars at the Godswill Akpabio Stadium. The remaining eight matches will be on Sunday starting with the other game to come live TV, Lobi Stars versus Abia Warriors in Markurdi, this match could spell doom for the Warrior’s Coach Imama Amapakabo, as his three-match win-ultimatum expires, of the three matches he was mandated to win, he has lost one and drew one

In other matches, two unconvincing teams Dakkada FC and Warri Wolves will slug it out with one another in Uyo, at the Agege Township Stadium, MFM FC welcome Kwara United and in Akure, Sunshine Stars trade tackles with Rangers International in what could be termed the ‘match of the week,’ Coach Gbenga Ogunbote “the Oracle” takes on his immediate former Employers, and both teams are currently doing relatively well; Rangers are placed seventh on the table with eleven points while Sunshine Stars have a point deficit to occupy the ninth position

In other matches, Enyimba welcome Katsina Unite while Jigawa Golden Stars entertain Heathland. Also, another tagged tough duel will involve in form Rivers United take and Adamawa United who are sitting at the bottom of the log. FC Ifeanyi Ubah and Wikki Tourists round up the matchday 7 fixture as they both battle to swim out of the relegation zone.