HomeBusinessOando’s Wale Tinubu barred from being director of any public company for...
Business 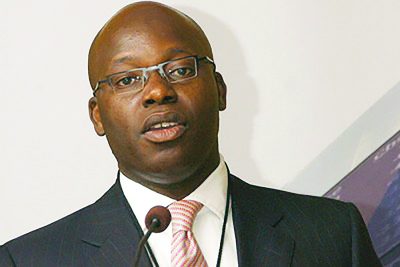 The chief executive officer of Oando Plc, Wale Tinubu has been barred from being a director in (any) public company for the next five years by the Securities and Exchange Commission (SEC).

The company’s deputy CEO was also barred while board members found guilty of various infractions have been directed to resign.

According to a report monitored on TheCable, the commission, on Friday, said an extraordinary general meeting should be convened before July 1 to appoint new directors.

SEC had given Deloitte the go-ahead to carry out a forensic audit after Dahiru Mangal, a shareholder, accused the company of declaring false profits and insider trading.

“Following the receipt of two petitions by the Commission in 2017, investigations were conducted into the activities of Oando Plc (a company listed on the Nigerian and Johannesburg Stock Exchanges),” the statement read.

“Certain infractions of Securities and other relevant laws were observed. The Commission further engaged Deloitte & Touche to conduct a Forensic Audit of the activities of Oando Plc.

“The general public is hereby notified of the conclusion of the investigations of Oando Plc. The findings from the report revealed serious infractions such as false disclosures, market abuses, misstatements in financial statements, internal control failures, and corporate governance lapses stemming from poor board oversight, irregular approval of directors’ remuneration, unjustified disbursements to directors and management of the company, related party transactions not conducted at arm’s length, amongst others.”

The company is also expected to pay an undisclosed monetary penalty while board members are expected to refund improperly disbursed remuneration.

In addition, the SEC stated that other aspects of the findings would be referred to the Nigerian Stock Exchange (NSE), Federal Inland Revenue Service (FIRS), and the Corporate Affairs Commission (CAC).