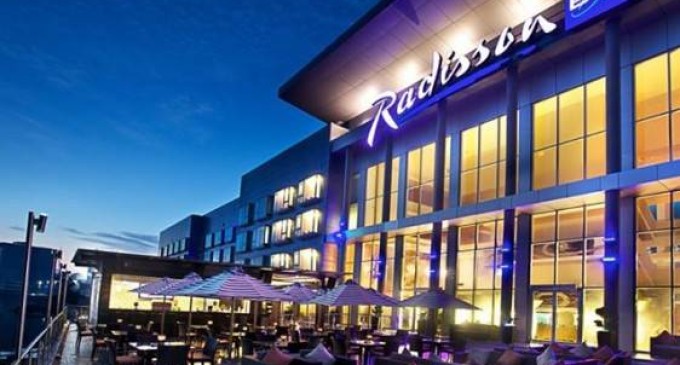 Radisson Blu, located in the heart of Victoria Island (VI), Lagos, owned by Oba Otudeko, the chairman of Honeywell Group, is fast losing its glory.

The luxury hotel once notable for its enviable class and clientele, has yielded to squalor and many of its patrons are becoming aware of this fact, The Capital NG has reported.

Lodgers at the highbrow hotel have begun to see beneath its fabled elegance; they see the dirt that subsists beyond its wine bars, exquisite lounge and decor. They know Radisson has become a glorified brothel; a haven for devious harlots or commercial sex workers, if you like.

It would be recalled that when the hotel started operations, it became a convergence point for Lagos’ high society, and a favourite hang-out for Lagos big boys in particular, because of its serene location, fabulous suites, properly trained staff and quality service delivery.

Sadly, the once serene environment where business moguls also hold and attend conferences, lunch, dinner and leisure meetings, has become a den for high-class prostitutes. Recent findings revealed that Radisson Blu has become a brothel for prostitutes who come to the hotel in groups of 5 and 10 at times to seek customers. They contribute to lodging in the hotel to enable them access into the pool and bar areas where they can easily have access to meet rich clientele who also lodge there or are there for a drink or business meeting.
Further findings revealed that these commercial sex workers take men in turns to the room they collectively paid for, each girl claiming that she owns the room although, after a short romp with her client, she exits for anyone among her colleagues bringing in another customer.

A client of the hotel, who pleaded anonymity, complained that the management seems to know about goings-on at the hotel, according to him, the prostitutes have become quite brazen; the management looks the other way while the girls walk up to harass unsuspecting customers pitching their bodies as essential commodity to be had for a fee.

He said: “In fact, they tell you bluntly that they are escorts and willing to follow you anywhere you want but for a fee especially during the festive period.”  A visit to the hotel by this writer during the yuletide period was quite an experience. This certainly bad for the image of the luxury hotel.