HomeNewsObasa must step aside for investigation… PDP reacts over 64 bank accounts...
FeaturedNews 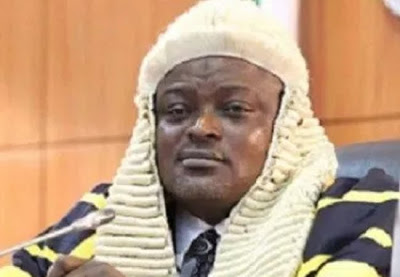 “At this point, the expectation of Nigerians, particularly Lagosians, is for the Speaker to immediately step down and allow the matter to be openly and freely investigated…”

The Peoples Democratic Party (PDP), a major opposition party, has called on Hon Mudashiru Obasa, the Speaker of the Lagos State House of Assembly, to immediately step aside and submit himself to the nation’s anti-graft agency, the Economic and Financial Crimes Commission (EFCC) for investigation over allegations of financial misappropriation.

The party made the call in its reaction to a recent report alleging 64 separate accounts are linked to Obasa’s Bank Verification Number (BVN).

PDP in a statement slammed the ruling All Progressives Congress (APC) for not responding to the allegations in the public space, that the said bank accounts allegedly operated with multiple names in various banks are being used to siphon public funds in Lagos state.

PDP’s spokesperson, Kola Ologbondiyan, in the statement, said the allegation has further called to question the sincerity of the APC, particularly in a state like Lagos, where the struggling residents had come under heavy taxes that are largely unaccounted for.

The statement reads: “Our party is, however, not surprised that the APC and its leaders have remained silent on an allegation, which had already gained national and international prominence; a development that only points to the complicity of a party that brims as a sanctuary of corruption with an unequaled proclivity for concealment.

Read Only a president from Igbo extraction can fix Nigeria – Ezeife

“At this point, the expectation of Nigerians, particularly Lagosians, is for the Speaker to immediately step down and allow the matter to be openly and freely investigated.

“In other words, in support of the claimed anti-corruption stance of his party and the government in which he serves, as well as being a representative of the people who are bearing the brunt of APC’s corruption, it behooves on the Speaker to step aside and submit himself to the EFCC for investigation.

“Anything short of that places a huge moral burden on both the Speaker and the Lagos state House of Assembly.”