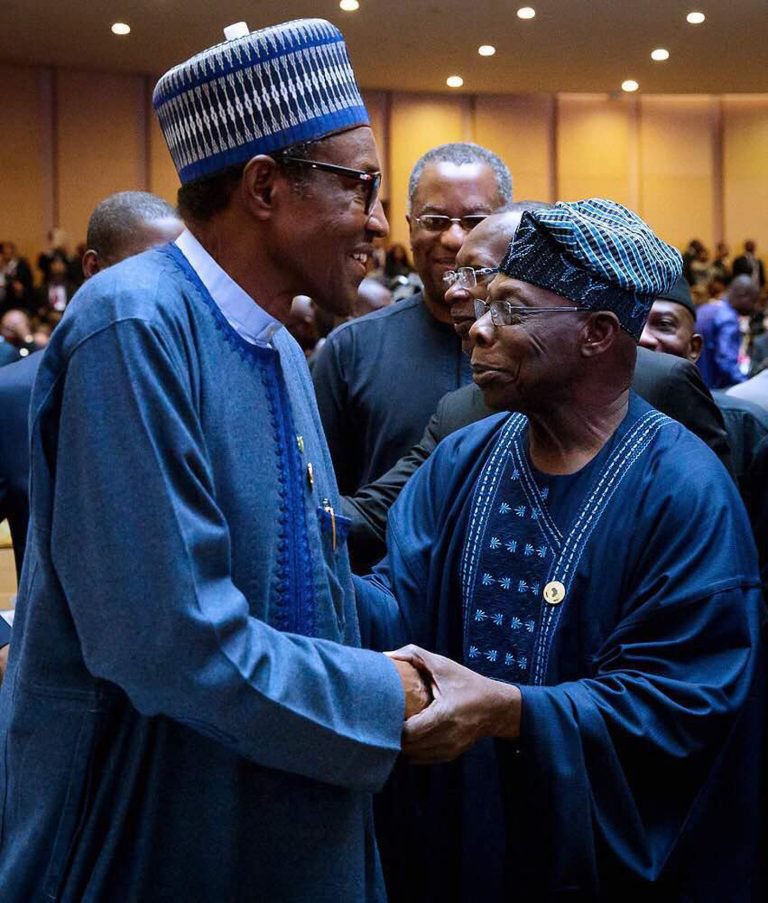 After a scathing much-publicised statement, President Muhammadu Buhari and former President Olusegun Obasanjo on Sunday met in Addis Ababa, Ethiopia, at the opening session of the 30th African Union summit.

It is the first meeting of the two prominent Nigerian leaders five days after Obasanjo issued what was labelled “special press release” telling President Buhari not to seek re-election in 2019.

Reports stated there was excitement inside Nelson Mandela Hall when Buhari and Obasanjo shook hands and spoke for few minutes.

Photojournalists scrambled to take shots of the moment.

Although the federal government said it took Obasanjo’s admonition in good faith, it warned the elder statesman against distracting President Buhari.