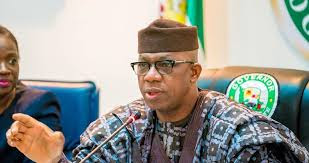 The Ogun State governor, Dapo Abiodun, on Friday, inaugurated the Ogun State Investment and Facilitation Agency (OGUNINVEST) disclosing that no fewer than 36 investment portfolios worth over $1billion had been attracted into the state by his administration.

Abiodun equally disclosed at the event held at the Governor’s Office, Oke-Mosan, Abeokuta, the investments altogether were able to generate over 40,000 jobs for the people and residents of Ogun.

Abiodun expressed his optimism that the newly inaugurated Ogun State Investment and Facilitation Agency would promote the state and present it to investors both locally and internationally.

He added that the Agency would strengthen the governance, thereby helping the state attract more investment and further diversify the state economy.

The governor said that the primary responsibility of the Agency would be to make the state an investment of choice not only in the country, but in the entire Sub-Sahara Africa.

” This agency, its dream was preceded by the bill that was sent to the House of Assembly to give life to this agency which was passed on Friday, the 28th of September, 2019, that was barely four months into the life of this administration.

“Our administration through Oguninvest will continue to play the role of the enabler and facilitator to help the private sector grow, to create jobs and generate wealth for all in Ogun State.

“We have continued to reap bountiful harvest from our commitment as existing investments are thriving and new investments are being attracted. As at today, we’ve been able to attract 36 new investments into Ogun State worth over a billion United States dollars and generated an estimated of over 40,000 jobs since inception of Oguninvest,” he said.

In his remarks, the Commissioner for Finance and the Chief Economic Adviser to the Governor, Dapo Okubadejo who noted that the mandate of the Board is to market the state as the preferred destination of choice by creating a stress free enabling environment for investors, added that the establishment of the Economic Development Clusters would add value and also create value chain optimization opportunity within the state.

Okubadejo also noted that the Board would be embarking on proactive marketing to show the potentials of the state as the preferred investment destination by undertaking initiatives such as road shows and select investor meetings, adding that the introduction of a one stop shop approach by the present administration has made it possible for investors to cut through all bottlenecks.

The Commissioner for Industry, Trade and Investment; Kikelomo Longe, reiterated that the Board would enhance the entire value chain, pointing out that ‘the inauguration is the beginning of great things to come for the state”.

The Director General of the Ogun State Investment and Facilitation Agency, Olakunle Amoo, in his remarks, said that the state has a wealth of advantages, adding that ‘what the present administration is simply doing is to drill down to make that government can actualize them with the infrastructure investment”.