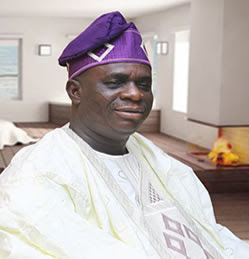 …the current security situation in the country calls for tolerance among its citizens.

The Ogun State Baptist Conference has called for more religious and ethnic tolerance as the state commemorates its creation 45 years ago.

The Christian group also urged government at all levels to intensify efforts in the provision of adequate security for the citizenry to address the rising cases of loss of lives and properties across the country.

Conference President, Reverend Doctor Oyewale Oyeniyi, who made the call in a statement, asks the residents in the state to respect the religious beliefs of every resident as well as their ethnic.

Oyeniyi, while felicitating with the government and her residents of the State, pointed out that the current security situation in the country calls for tolerance among its citizens.

The Baptist Conference President explained that the diversity in terms of religion, ethnicity and political affiliations must be served as strength of the nations such as Nigeria.

He added that God during creation understands the essence of peaceful coexistence among his creatures irrespective of their beliefs and the tribe.

Religious leaders, according to him, must also refrain from making inciting statements capable of aggravating the already tensed situation in the country.

He felicitates with Governor Dapo Abiodun and residents in the state, especially the Baptist members in the state on the occasion of 45th anniversary of the state.

Oyeniyi, however, called on the government at all levels to ensure justice is served on every aggrieved resident.