The Governor of Ogun State, Prince Dapo Abiodun, has promised better security for Ogun residents as he reiterated his administration’s commitment towards ensuring that the state is crime-free.

Making this known on Friday while donating 100 patrol cars and 200 patrol motorcycles in Abeokuta to aid security activities of the law enforcement agents in the state, the governor who signed Ogun State Security Trust Fund into law last week, said he was committed to supporting efforts and ideas geared towards making Ogun a crime-free state.

Governor Abiodun emphasised that security is key to the prosperity and growth of Ogun State and would leave no stone unturned to ensure that Ogun maximises its potentials to the fullest by creating an enabling environment for its residents and prospective investors.

“This is one of our efforts at making Ogun a very safe, secure and friendly state to all and sundry. As I have made it clear in the past, our administration is determined to stem the tide of crimes.

“The donation of 100 patrol vehicles and 200 motorcycles to our various security formations will rejuvenate our administration’s quest to provide maximum security for our people and fight against any form of crime and ready to smoke out all criminal elements wherever they make take abode in the state. 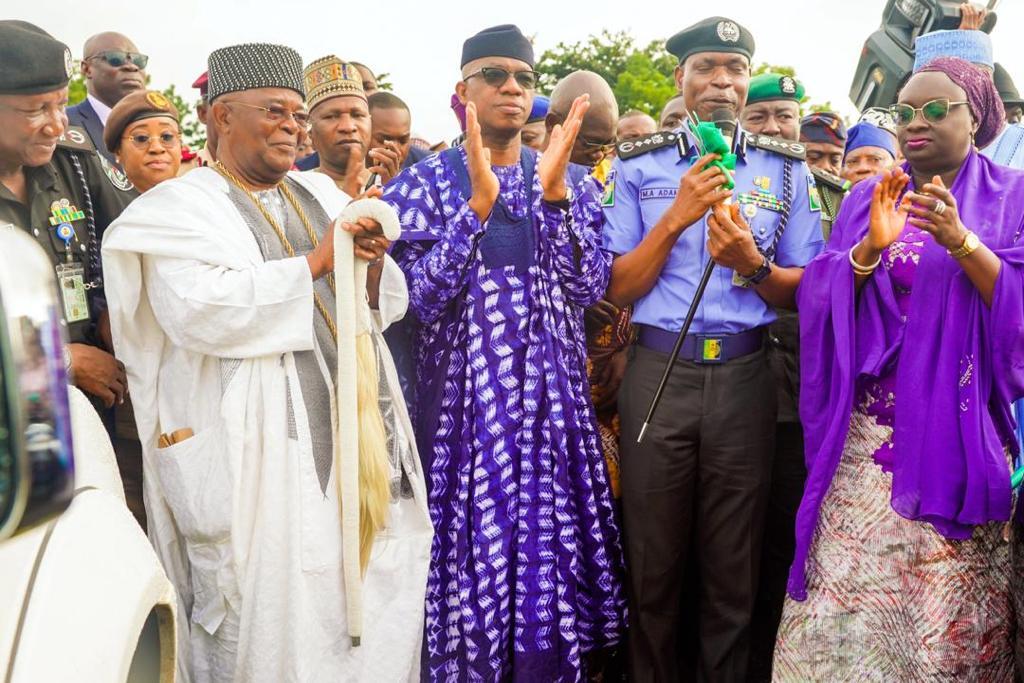 “This we are achieving by joining forces with the security forces and all outfits responsible to make our state safe and secure, by making available to them whatever tools to achieve a crime-free Ogun State,” Dapo Abiodun said.

Abiodun used the occasion to enjoin the Ogun State Security Trust Fund not to rest on its oars, as he charged the board to explore private-public partnership initiative to drive its operations. 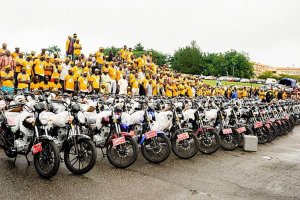 He further advised residents to be wary of strange faces and movements within their vicinity and forge a friendly relationship with security forces to fish out unscrupulous elements in their areas.

In his reaction, the Inspector-General of Police, Mohammed Adamu, hailed Governor Dapo Abiodun’s “zeal” and “commitment to fight crimes” in Ogun State, saying such disposition is a “clear message to other states” to emulate.

Adamu made this known at the arcade ground; Oke – Mosan Governor’s Office, Abeokuta, the state capital, while inaugurating 100 Hilux vans and 200 motorcycles donated to the Ogun State Police Command by Abiodun – led administration.

The IGP disclosed that he had earlier met with the officers of the Command who briefed him about the Governor’s continued good gestures, saying the officers too had assured him that they would “double their efforts to make Ogun the safest state in the country.”

Earlier, the Police boss while meeting with men and officers of the Command at its Headquarters in Elewera said the Federal Government had procured special vehicles and protective gadgets for the Police to ensure that no officer loses his life in the course of fighting crimes in Nigeria. He also disclosed that the much talked about community policing would commence soon nationwide.

Adamu said that casualties often recorded in the course of police fighting crimes in Nigeria have become a serious source of concerns to the federal government which informed the resolve to priorities the welfare of the police personnel nationwide.

He stated further that the new security vehicles are equipped with cameras and other technologies that would make any police patrol team detect and clearly screen a scene of the crime from a far-away distance even before getting to the spot of the crime. He also explained that the federal government has redesigned the police welfare package in such a way that will take care of the officers and men’s health conditions through the National Health Insurance Scheme (NHIS) as well as new mortgage scheme that will afford all police officers to own homes of their own without much hassle.

He advised police officers who desirous of owning home of theirs to open and maintain saving accounts with the new Police Mortgage Bank, while those with deteriorating health condition of himself or members of his family which does not come within the care of NHIS, would be handled by the newly established Police Health Management Office of every command. The Police boss said he is returning community policing to the people themselves to bridge the gap between the force and the public, stressing that the federal government has also resolved that communities would now take over the policing of their environment, while the conventional police force provide them the needed backups and supports.

He enjoined police officer, particularly those from the Ogun command net to be deterred in the discharge of their duties, stressing that the state governor has always been proud and commended their gallant efforts towards warding off crimes in the state