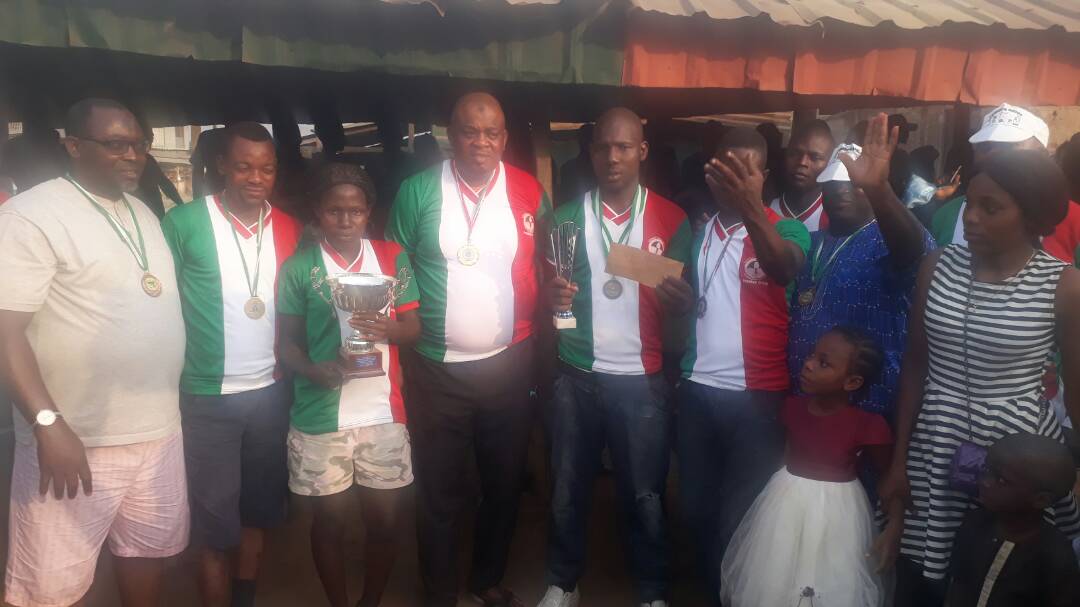 It was excitement galore during the yuletide period when sports enthusiasts converged on Sekoni area of Sango-Ota,  Ado-Odo/Ota local government area of Ogun State to witness a table tennis competition among youths of the area.

The very successful and well-organized event which was put together by three times national Table Tennis Champion, Shola Oyetayo popularly known as ‘Suger’ saw dozens of youth battle for prizes of the Ping-Pong competition.

Tagged Banana Table Tennis Competition, spectators were thrilled by several displays of uncommon skills and dexterity by competitors before the winners eventually emerged.

The sponsor of the competition, Alhaji Mustapha Adekunle (a.k.a Banana) while declaring the competition open said the initiative was to engage the youths and encourage them to get involved in sporting activities.

Alhaji Adekunle who is a stalwart of the People Democratic Party (PDP) in Ado-Odo/Ota local government revealed that the competition would henceforth be an annual event which will be held across the 16 wards of the local government.

The PDP bigwig, however, admonished the youths to stay away from criminal activities and further urged them to get their voters card in order to be able to exercise their voting rights in the coming elections.

Meanwhile, the first prize winner of the competition went home with the sum of N30,000 cash. The second prize winner got N20,000 cash while every other participant were given consolation prizes.

Ronaldo leaps over Messi in Forbes list of top-earning players