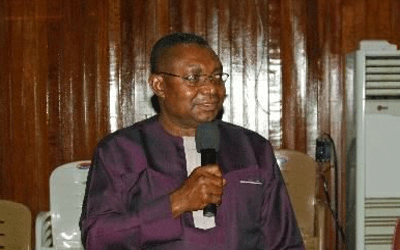 Apex Igbo body, Ohanaeze Ndigbo on Wednesday in Abakaliki declared that Biafra is not feasible.

It, however, assured that secessionist agitations will be addressed through a well restructured federal system, anchored on justice, equity, rule of law and equal opportunity.

The Deputy National President of Ohaneze Ndigbo, Prof. Chigozie Ogbu stated this in Abakaliki, while delivering a speech at a town hall meeting.

Mr Ogbu, a former Deputy Governor of Ebonyi, said that secessionist agitations in some parts of the country, including the Indigenous People of Biafra (IPOB), began due to alleged perceived marginalisation, occasioned by imbalance in Nigeria’s federal structure.

He said that the agitators were fed up with Nigeria and the alleged perceived marginalisation of Igbo nation and decided that they did not want to belong to Nigeria.

Mr Ogbu, who is also the Acting Vice Chancellor, Ebonyi State University, noted that Ohaneze Ndigbo dialogued with IPOB and other pro-Biafra groups to dissuade them from secessionist agitations.

“But we have looked at that very carefully, and found that achieving an independent Biafran State is ‘non starter,’ given processes involved unless through war.

“The only thing that may take you even there is war and nobody here who witnessed the civil war will ever wish war for Ndigbo anymore.

“So, we dialogued with them, we talked with them and said to them let’s start with restructuring, let’s get it right this time, may be with time we can have plebiscite to determine whether we can have Biafra or not.

“So, people should understand that Biafra is not feasible at this time if you analyse all the processes involved. They are talking about referendum; referendum is not contained in the 1999 Nigeria constitution.

“Let those who interact with them tell them that Igbos should not short change themselves; we are trying to see how we can right some wrongs done to Igbos and I think we will achieve that if we work together, ” Ogbu said.

Ogbu said that the town hall meeting was convened to articulate the position of Ebonyi on some key issues of restructuring, ahead of the Igbo Summit holding in Awka, Anambra on May 21.

He said that the present leadership of Ohaneze Ndigbo had succeeded in bringing about a united Southern region, where all the zones in the region could speak with one voice on national issues.

He added that the South-West and South-South had adopted positions on restructuring, stressing that the views of the three geo-political zones would help to achieve a stronger position in the restructuring debate.