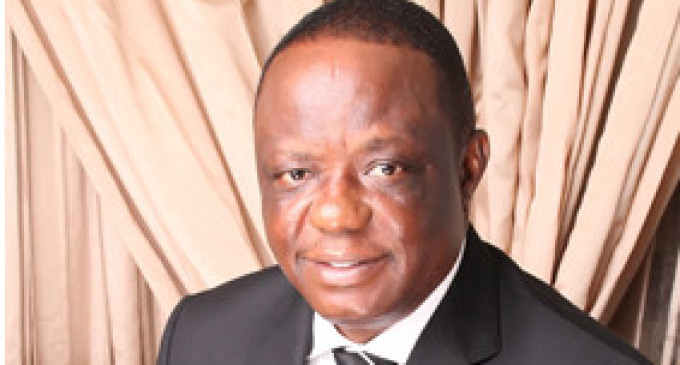 All mischief is in essence, evil. Ask Captain Hosa Okunbo. The prominent oil mogul experienced a rude sting from serenity, in the wake of rumours that he and his peers have ganged up and taken sides with Emmanuel Ibe Kachikwu, Minister of State for Petroleum, against Maikantu Baru, Group Managing Director (GMD) of the Nigerian National Petroleum Corporation (NNPC).

Okunbo, whose firm, Ocean Marine Services (OMS) is a major player in the oil sector, has issued a vehement rebuttal to the rumours, stressing that he has no reason to antagonise Baru.

“For the record, Ocean Marine Solutions (OMS) Limited was contracted by the NNPC to provide security coverage for the crude oil transportation because of its longstanding sterling reputation in maritime security. This became imperative after NNPC had offered PPP Fluid Mechanics Limited (his indigenous  procurement and  oilfield services company) a contract to transport crude from Escravos to Warri refinery when it had become   highly uneconomical to transport   crude oil between these locations through the pipelines in view of government’s huge expenditure for the maintenance and repairs of the Escravos-Warri broken crude oil pipeline.

“Upon satisfaction with the delivery of PPPFM and OMS, the companies were adjudged competent and capable of continued transportation of the crude by the NNPC. It was Dr. Baru who gave us a Crude Delivery through pipelines contracts. So, we have no reason to take sides against him. We are not political jobbers. We are industry people,” he said, in an exclusive chat with The Capital.

He disclosed that a letter of comfort was issued to his firm, OMS, to deliver the crude lines to the refinery at their cost without any commitment from NNPC under the minister Ibe Kachikwu when he was also GMD and this was also successfully commissioned under him without a contract.

It was at the resumption of Dr. Baru, who saw the injustice, that a proper contract was put in place, after serious negotiation with the various departments of the NNPC, and ever since, we have been delivering crude to the refineries without blemish.

Okunbo stressed that neither he or his colleague, Tunde Ayeni, are engaged in any plot against the NNPC boss. He emphasised that the rumour was the handiwork of mischief makers who are hell-bent on ruining his good name and the decent relationship he enjoys with Baru.

It would be recalled that speculations of Okunbo’s alignment with anti-Baru forces rent the social space, soon after the NNPC boss engaged Kachikwu in a dirty public fight, with President Muhammadu Buhari’s alleged backing.
Characters described as mischief makers by Okunbo, spread rumours that the OMS boss and peer are miffed over perceived unfair treatment being meted to the petroleum minister, courtesy Baru.

Okunbo has however, dismissed the rumours, stressing that whatever is going on between Kachikwu and Baru is an administrative matter. He said that neither he or his friend, Ayeni, is involved in such plot against Baru. The OMS boss described Baru as a fair and competent administrator. So mischief makers beware. Culled from The Capital NG