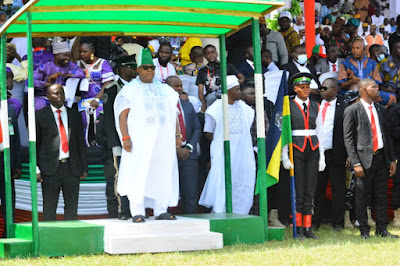 A statement released by his media aide, Olawale Rasheed, hours after his inauguration noted the approval of the appointment of Alh. Kazeem Akinleye as Chief of Staff (CoS), Alh. Teslim Igbalaye as the Secretary to the State Government (SSG).

The new Governor, who was sworn-in at the weekend, also approved the appointment of Mallam Olawale Rasheed as Chief Press Secretary.

Adeleke had a few hours after inauguration freezed the account of the state government, reversed the name change as the state of Osun and reviewed some appointments made by the immediate past governor, Oyetola.